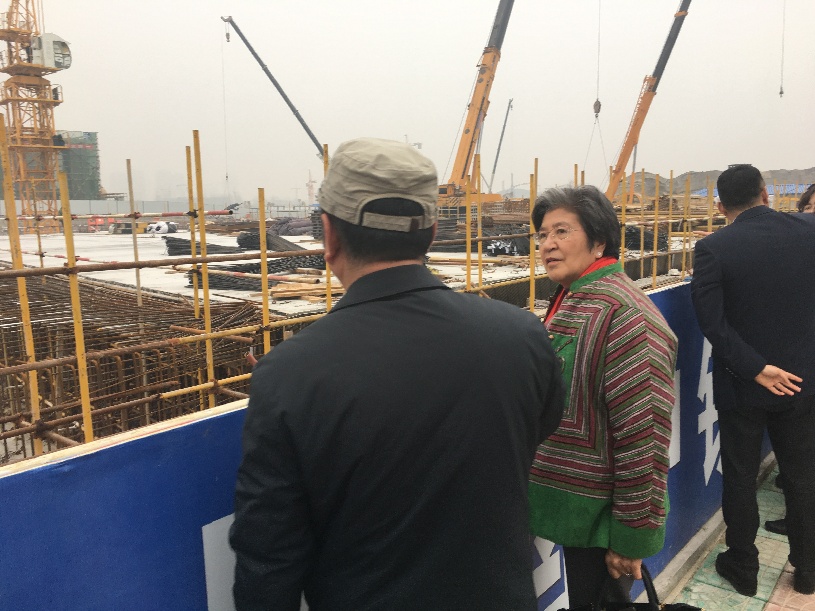 The management of East Asia Marine Cooperation Platform introduced the history of platform setting and the progress they have made until present. He mentioned that in order to implement the“One Belt, One Road”Initiative and promote the integration of East Asian economy, Chinese Prime Minister H.E. Mr. Li Keqiang proposed to build the platform on the ASEAN plus three Summit in 2013. The mandates of the platform are to enhance the communication and cooperation in marine science and technology, marine industry, marine environmental protection, disaster prevention and mitigation, marine culture, etc, between China and ASEAN countries, as well as Japan and Korea. In July 2016, the first Huangdao Forum was successfully held, which initially set up the long-term mechanism of East Asia marine cooperation, business cooperation, and port cooperation. ASEAN is an important part of East Asia. He hoped that through ACC’s channels and activities, the platform could make it better known to ASEAN, and bring benefits to the people of this region.

Secretary-General Yang spoke highly of the achievements on the platform building, and expected to see the early conclusion of the construction of this Platform. She said that China and most ASEAN countries are coastal countries. Thus, there have common features in economic and social development. At present, East Asian countries are eager to strengthen maritime pragmatic cooperation. It is very meaningful to forge partnership, build consensus and expand cooperation on the basis of the platform. As an inter-governmental organization co-founded by China and ASEAN, ACC will provide assistance in building and promoting the said platform.