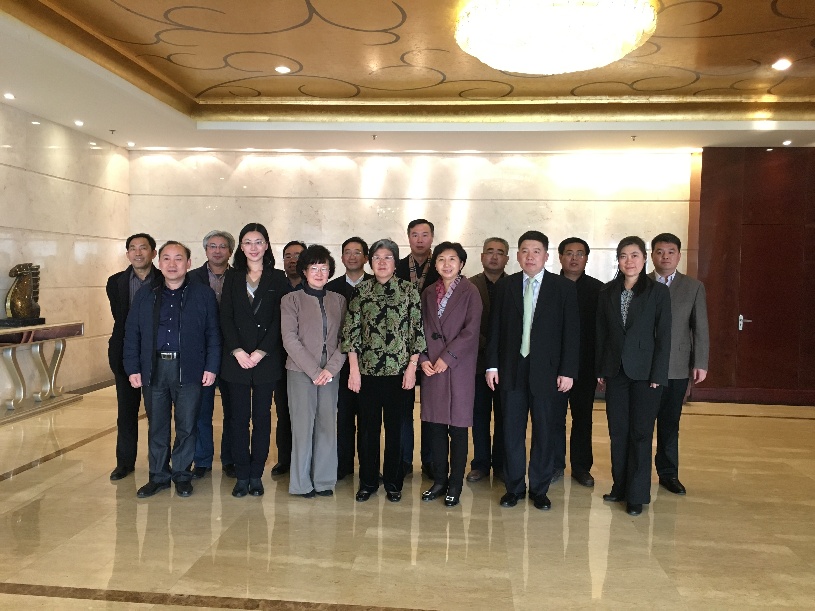 On 13 February 2017, H.E.Mme.Yang Xiuping,Secretary-General of ASEAN-China Centre(ACC) had a Meeting with representatives of relevant government sectors of Dezhou City, on the topic of Dezhou-ASEAN cooperation. Ms. Yang Jiuqing, Deputy Mayor of Dezhou moderated the meeting. Ms. Xia Lianhong, Deputy Secretary-General of DezhouMunicipal Government, Ms. Song Xiaomei, Director of Dezhou Foreign Affairs and Overseas Chinese Affairs Office, as well as representatives from Dezhou Economic and Information Commission,Bureau of Commerce, Bureau of Economic Cooperation,Bureau of Culture, Radio, Film, Television, Press and Publication, Bureau of Tourism, Sub-Council for the Promotion of International Trade and government of Qihe County attended the meeting. The representatives had active discussions with Secretary-General Yang Xiuping.

Representatives of relevant government sectors introduced the cooperation with ASEAN in their respective fields, and expressed their opinions and suggestions on strengthening Dezhou-ASEAN cooperation. Qihe county introduced plans and progress of “Dezhou-ASEAN International Eco-City”, hoping that ACC could take the project as a platform to hold relevant activities. Sub-Council for the Promotion of International Trade said it would like to participate in the investment missions organized by ACC and help the enterprises to match with relevant industries of ASEAN countries. Bureau of Tourism hoped to publicize Dezhou’s abundant tourism resources on the platform of ACC, to attract more ASEAN visitors. Economic and Information Commission said they would like to know more authoritative channels for ASEAN economic information. Bureau of Commerce would like to know the information on ASEAN’s foreign project contracting and labor cooperation. Foreign Affairs and Overseas Chinese Affairs Office hoped that ACC could promote ASEAN Committee in Beijing to visit Dezhou, to explore the possibility of cooperation in related fields.