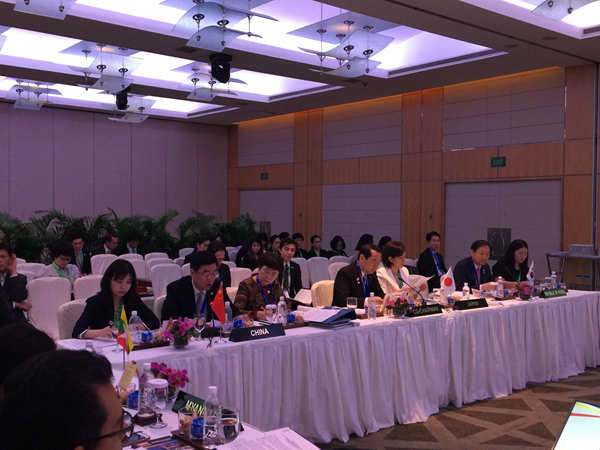 The meeting was chaired by Mr. Kim Yong-Sun. He said that in recent years, the three Centres actively implemented the consensus reached by the leaders of ASEAN, China, Japan and Korea. With the cooperation enhanced, the three Centres had been playing a constructive role in accelerating the regional integrity. 2017 marks the 50th anniversary of ASEAN’s foundation, as well as ASEAN-Korea Culture Exchange Year. AKC will hold a series of commemorative activities including “ASEAN Month”. The AKC looks forward to further strengthening cooperation with ACC and AJC by sharing information and supporting each others’ activities, and making new contributions to East Asia Cooperation together.

Secretary-General Yang Xiuping reviewed the progress of the cooperation among the three Centres, introduced the highlights of ACC’s work in 2016 and the Work Plan for 2017. She said that this year is the 50th Anniversary of ASEAN, as well as the Year of ASEAN-China Tourism Cooperation. ACC will implement its 19 flagship projects and related activities as adopted by the Joint Council. ACC would like to learn from AKC and AJC through information and experience sharing in the priority areas, to explore cooperation projects, support ASEAN development and bring benefits to the people in this region.

Mr. Fujita Masataka said that the 7th Meeting among the Secretaries General of the three Centres in April 2016 in Tokyo reached important consensus on strengthening the three Centres’ cooperation. Currently, the world economy is still facing downward pressures. As a growth engine for the global economy, strengthening East Asia cooperation becomes more important. AJC will continue to work closely with ACC and AKC to push the practial cooperation in the related areas forward.

The meeting exchanged views extensively on the topics of plans to commemorate the 50th Anniversary of ASEAN, possible areas of cooperation in 2017 and enhancing the cooperation between the three Centres and the East Asia Business Council, etc. They agreed that the next meeting will be held in the Republic of Korea in the coming April. 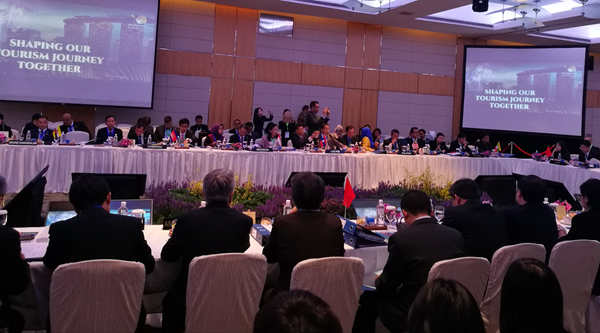