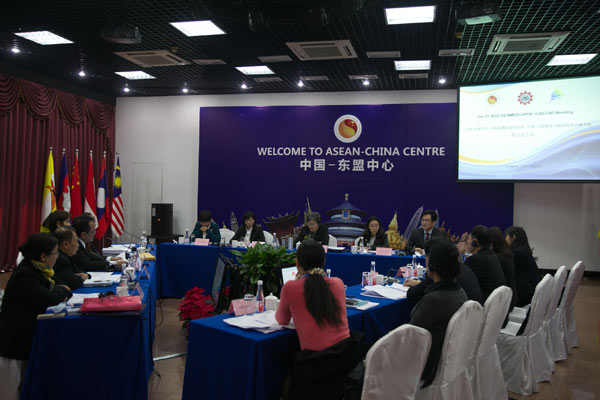 Mme. Yang Xiuping welcomed the participants and said 2017 marks the 50th anniversary of ASEAN and the Year of ASEAN-China Tourism Cooperation. CAECW will celebrate its 10th anniversary and the tripartite meeting’s 5th birthday. It will bring about new opportunities and stages to promote ASEAN-China education cooperation. H.E. Premier Li Keqiang put forward the initiative of taking education and tourism as the priority to make people-to-people exchanges a new pillar for cooperation between China and ASEAN, and proposed the upgraded “Double 100,000 Student Mobility Goal” of reaching 300,000 person by 2025 in number of ASEAN-China student exchanges. ACC would like to deepen collaboration with SEAMEO and CAECW Secretariat, to make more concrete contributions to the 10th CAECW and the development of ASEAN-China educational cooperation and exchanges.

Dr. Gatot Hari Priowirjanto said that SEAMEO always viewed education as the main element that has an important role in preparing human resources in the region, and has been undertaking training and research programmes in various fields of education, science and culture with SEAMEO’s seven priority areas, and vigorously promoting student and teacher exchanges. He hoped that the tripartite cooperation mechanism is not only for the preparation of the 10th CAECW, but also for deepening the people-to people exchanges between ASEAN and China. 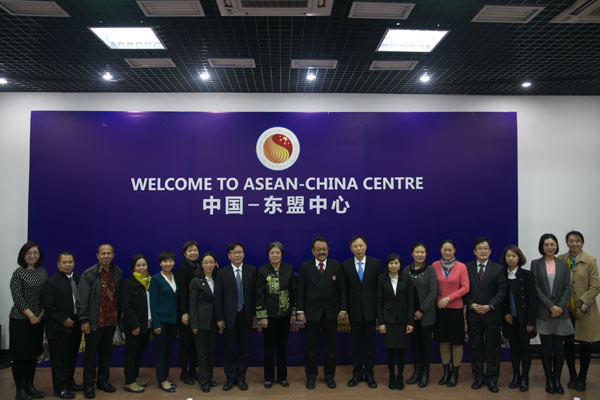 Dr. Wang Fengyou stated that 2017 is the 10th anniversary of CAECW. The 10th CAECW would review the experience and achievements of the previous nine years, serve as an important platform of people-to-people exchanges between China and ASEAN in line with the proposal by Chinese Premier Li Keqiang on making people-to-people exchanges a new pillar for cooperation between China and ASEAN with education and tourism as a priority of cooperation, participate in the international cooperation of education under the framework of the Belt and Road Initiative, and promote talent cultivation and help advance the economic and social development of the region. It was expected that the tripartite meeting would continue to play a key role and inject fresh impetus to the 10th CAECW.

Dr. Wang gave a comprehensive review of the fruitful achievements of the 9th CAECW, and Mr. Liu Baoli briefed on the initial plans and activities of the 10th CAECW and proposed the concrete suggestions on the tripartite cooperation. ACC and SEAMEO introduced their work in promoting education cooperation since the 4th tripartite meeting and proposed activities during the 10th CAECW.

The Meeting reached the consensus that the tripartite cooperation mechanism was very efficient and result-oriented. The three parties will work closely together, further discuss and refine the activity proposals, and try to carry out the plans down to earth as early as possible, so as to add new highlights for the 10th CAECW, and jointly promote ASEAN-China education cooperation and people-to-people exchanges to a new level.