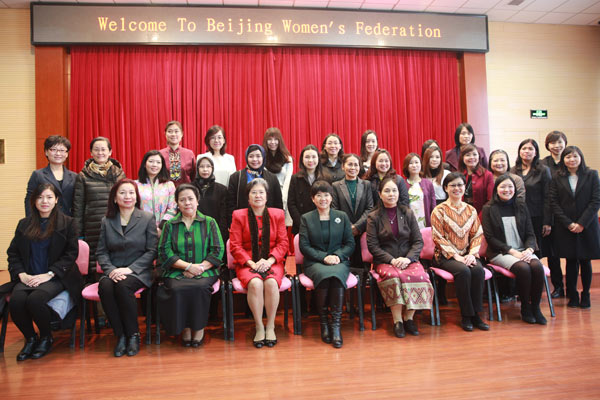 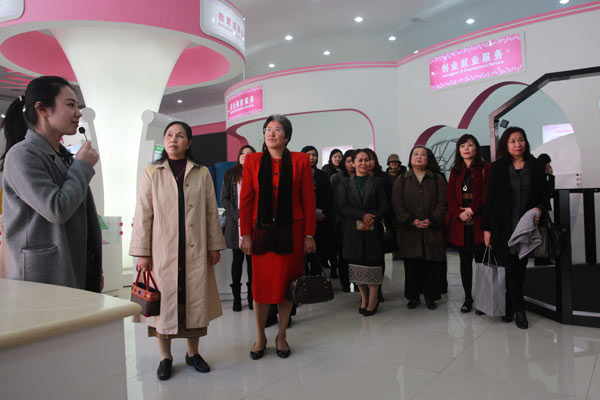 Mrs. Ma Lanxia, Chairperson of Beijing Women’s Federation, welcomed the female diplomats from ASEAN Embassies to the Center. She gave a brief introduction of the work undertaken by Beijing Women’s Federation, and expressed the wish to take the opportunity to strengthen contacts with ACC and ASEAN countries in such fields as women’s development, family building, cultural exchanges and so on, so as to apply women’s wisdom in enhancing the friendly exchanges and practical cooperation between ASEAN countries and China, and contribute to the sound development of ASEAN-China relations. 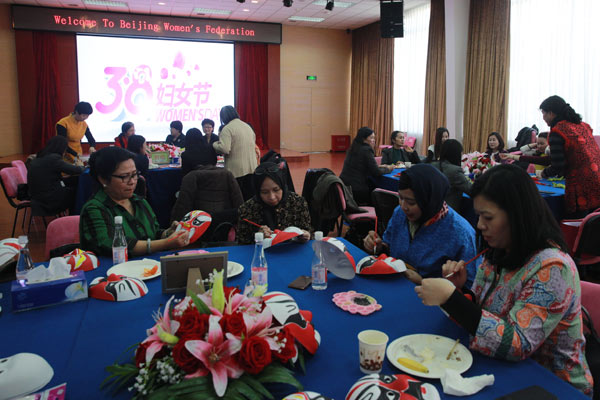 Secretary-General Yang appreciated Beijing Women’s Federation’s strong support and ASEAN Embassies’ active participation in this event. She quoted the famous Chinese saying “women hold up half the sky and are no inferior to man”, and said that women are playing an increasingly important role in advancing economic and social development. Both ASEAN countries and China attach great importance to gender equality and women’s development, and women exchanges have become an important part of ASEAN-China all-round cooperation, and helped deepen the understanding and friendship between both sides. The work done by Beijing Women and Children Social Service Center was really impressive. She also said that this year marks the 50th anniversary of the founding of ASEAN and witnesses new opportunities and broader prospects for advancement of ASEAN-China practical cooperation. ACC will continue to serve as a one-stop information and activities centre, promote practical cooperation in the fields of trade, investment, education, culture, tourism and media, and contribute more to the development of ASEAN-China relations. 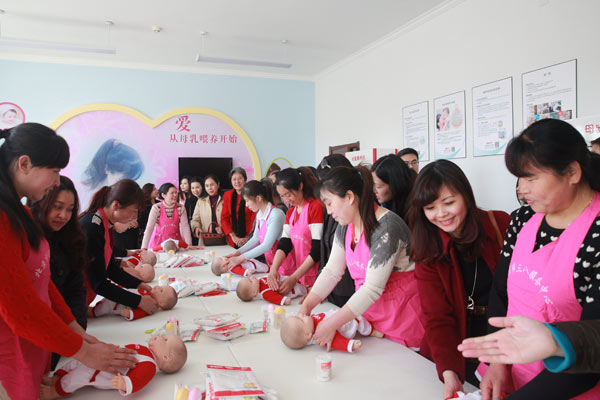 H.E. Mrs. Vandy Bouthasavong, Ambassador of Lao PDR, on behalf of female diplomats from ASEAN Embassies, thanked ACC for organizing the visit, and said that it was a good chance to learn more about China’s achievements in the development of women and children as well as women’s role in Chinese society. She hoped all could join hands for the advancement of women in all aspects and make contribution to the construction of a harmonious and win-win world.

During the visit, the female diplomats, in high spirits, listened to the introduction of the services provided by the Center including right protection, business starting and employment, family education, marriage and family services, visited relevant facilities of the Center and interacted with the trainees who were receiving skill training on household services, infant care and elderly services. After that, with the help of the tutors from Beijing Dexterous Women Handcrafts Guiding Station, they also made paper-cutting, Chinese knot and Peking opera make-ups by themselves, experiencing the Chinese traditional culture with cheers and laughter. The female diplomats from ASEAN Embassies expressed their appreciation for having such a meaningful and happy day.