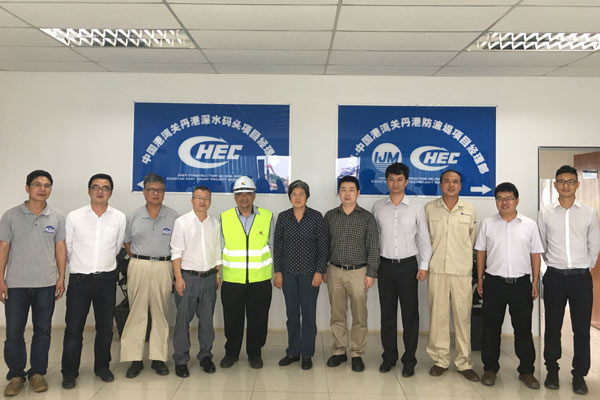 In his presentation of the construction of the Phase One of the New Deep Water Terminal and the breakwater, Mr. Wang Hangrong, project manager, said that the one-kilometre-long, 18-metre-deep and 40-metre-wide wharf contracted to CHEC Construction consists of two berths and five approach ramps. On completion, the New Terminal will be capable of handling vessels up to 150,000 tons deadweight. As to the breakwater projects, one is the construction of a new breakwater that runs 1,035 metres, the other is the reinforcement of a 1,240-metre-long existing breakwater. Mr. Jiang Fan said that CHEC has devoted itself to cooperation with Malaysia and other ASEAN countries. Relevant projects contracted to CHEC are making headway on schedule with good quality, which is applauded by the governments and people of the host countries. CHEC put great emphasize to the vocational training and safety education of its employees, co-hosts activities with local organizations, and cares for the non-Chinese staff. It also fulfills its corporate social responsibility and participates in philanthropic activities. These practices have not only enhanced CHEC’s corporate image but also won honour for its motherland. The company looks forward to expanding its business with ASEAN countries and quicken its development through the platform of ACC. 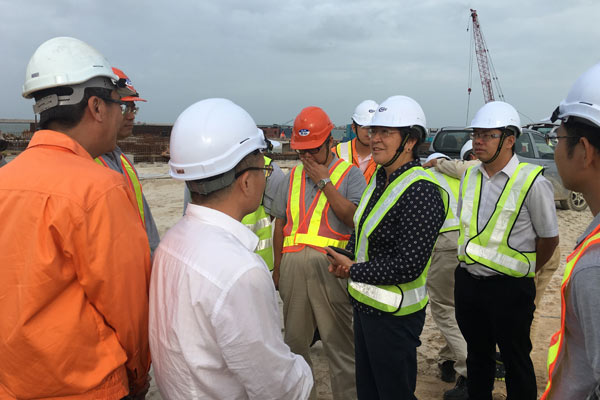 Secretary-General Yang Xiuping spoke highly of CHEC’s contribution to promoting ASEAN-China practical cooperation, especially its work of infrastructure construction in ASEAN countries. She noted that it is a major mandate of ACC to connect ASEAN and Chinese enterprises and facilitate their work. 2017, as the 50th anniversary of ASEAN and the Year of ASEAN-China Tourism Cooperation, has furnished new opportunities for ASEAN-China relations. She hoped that CHEC will continue to give play to its own advantages, and form synergy with its partners on the basis of better mutual understanding of each other’s demands in order to achieve win-win outcomes.

ACC will continue to serve as a bridge to further promote practical cooperation between enterprises of both sides. She also encourages CHEC to abide by local laws, regulations and customs, ensure safety and complete the projects on time with good quality, so as to earn credit both to CHEC and its homeland.