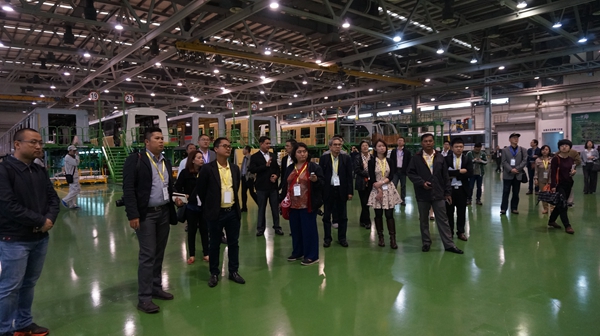 The company is China’s largest development and manufacturing base of electric locomotive, and the leading company of China’s industry cluster of transportation which has set several new records in the industry of railway transportation equipment in China. In 1997, the company was the first in China to export complete electric locomotive, and then gained over 30 orders from more than 10 countries in Asia, Africa and Europe for exporting locomotive, underground, light railway, multiple units, engineering maintenance vehicle for subway, etc. The company attaches great importance to developing ASEAN markets, and has already established two sub-companies and one joint venture in Malaysia in which the local employees account for over 80 percentage. These operations were highly recognized by Malaysian government for their positive contributions to local socio-economic development. Seizing the opportunity of further implementing the Belt and Road Initiative, the company would like to strengthen the efforts in sharing successful experience and advanced technologies, and developing more partnerships in ASEAN countries.

ASEAN journalists commended the fruitful cooperation between the company and ASEAN countries, and raised several questions on intelligent manufacturing of robots, the company’s plans of investment and development in ASEAN countries, and exploiting ASEAN human resources to materialize localised production. The management of the company responded to the questions in the warm atmosphere. Journalists also visited the company’s factories for manufacturing, assembling and demonstrating for deeply understanding..