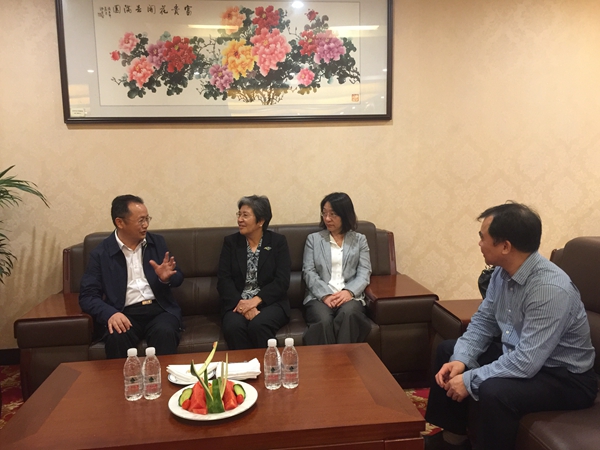 Director-General Nie introduced that Zhuzhou is an important pillar of Changsha-Zhuzhou-Xiangtan City Cluster with recognitions of National Civilized City, Nationwide Financial Ecology City, and Top 10 China’s Cities with the Most Investment Value. Over 50 of top 500 companies and 15 large state-owned enterprises have settled in Zhuzhou. ZhuZhou · China Power Valley is working to build itself into the bases of world class railway transportation equipment manufacturing and innovation, national class general aviation, nationwide new-energy vehicle, and a centre for research, development, innovation, and services of power technology. Zhuzhou has fruitful cooperation with ASEAN countries in which Zhuzhou has evolved from the stage of exporting and importing products to that of investing and establishing factories in ASEAN countries. He believed that ASEAN journalists would appreciate the vigour and dynamism of the “Power Metropolis”, and offer strong supports to the cooperation between Zhuzhou and ASEAN countries.

Prior to the meeting with the media delegation, Secretary-General Yang and Deputy Editor-in-Chief Zhao briefed Director-General Nie of the reporting trip, and the mandates and work of ACC and China Report Magazine. Both of them shared optimistic views that this field trip would facilitate more exchanges and cooperation between Zhuzhou and ASEAN countries, as well as promote mutual understanding and friendship between the people of ASEAN and China.