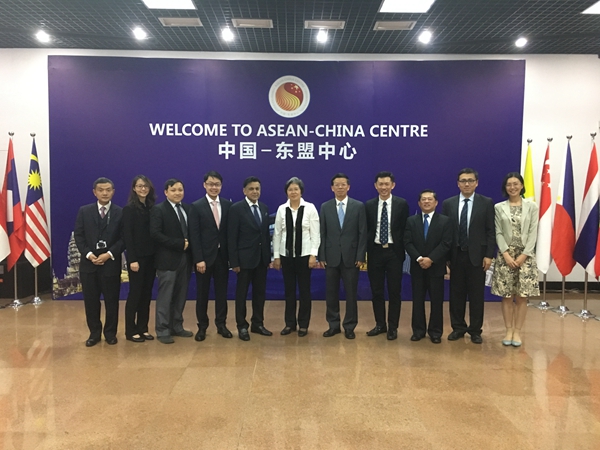 Secretary-General Yang Xiuping welcomed Datuk Seri Mohamed Iqbal and his delegation to ACC, and commended CABA’s active roles and achievements in promoting ASEAN-China practical cooperation in economy and trade. She outlined ACC’s recent work and its focus in the next stage, noting that 2017 is the 50th anniversary of ASEAN and the ASEAN-China Year of Tourism Cooperation, which implies new opportunities for the development of ASEAN-China relations. Many state leaders of ASEAN would attend the Belt and Road Forum for International Cooperation to be held in Beijing, which will give fresh impetus to ASEAN-China friendly communications and collaboration in relevant areas. She said that ACC will enhance its cooperation with CABA, draw on each other’s strengths and facilitate cooperation between the businesses of both sides so as to work together to enhance ASEAN-China practical cooperation.

Datuk Seri Mohamed Iqbal thanked Secretary-General Yang Xiuping for hosting the delegation, and spoke highly of the achievements ACC has made in promoting ASEAN-China practical cooperation. He gave a briefing on CABA’s functions and work plans, as well as its efforts in moving forward the cooperation between ASEAN enterprises and their Chinese counterparts. He said that China has great market potential and unlimited business opportunities, and hoped to further strengthen CABA’s communications with ACC in the future, so as to explore more collaboration channels and jointly make contribution to enhancing friendly communications between enterprises, institutions and people of both sides.