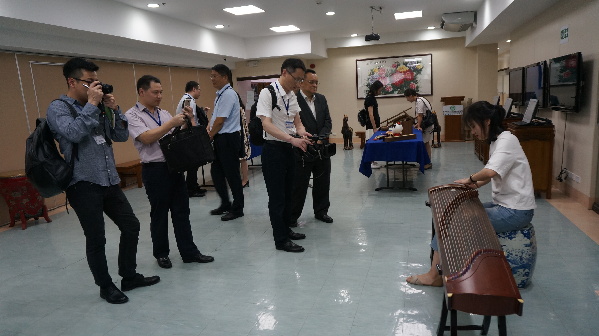 Dr. Liang Guanghan, Chinese Director of the Confucius Institute at the Ateneo de Manila University, briefed the institute’s mandate, history and achievements. She mentioned that the institute is co-organized by Sun Yat-sen University and Ateneo de Manila University. Since its inception in 2006, the institute has set up 14 branches in five provinces in the Philippines which has offered 42 terms of courses and trained over 60,000 trainees including government officials, lawyers and accountants. Its efforts have received wide acclamation. In 2016, the institute enrolled 16,000 students nationwide in the Philippines. In addition, it actively cultivates local Chinese teachers, holds the Philippines-China Music Festival, the Belt and Road Forum, Chinese Film Festival, ASEAN Students Summer Camp and other cultural and educational activities so as to promote the Philippines-China relations.

The representatives of teachers, students and volunteers of the institute interacted with the Chinese Media Delegation and stated that Confucius Institute has broadened their horizon, raised their capabilities and brought new opportunities for their careers. They are willing to contribute to the Philippines-China friendship.