From 12 to 18 June 2017, the South & Southeast Asia Commodity Expo and Investment Fair (SSACEIF) was held in Kunming, Yunnan province. During the SSACEIF, the ASEAN-China Centre (ACC) set up an information booth to publicize its work and ASEAN-China cooperation.

The ACC booth was ideally located at the Hall 5 of Kunming Dianchi International Convention and Exhibition Centre. Brilliantly coloured and elegantly decorated, the booth included 6 light boxes displaying photos and information in English and Chinese to present ACC’s history, organizational structure, mandates, as well as its efforts to promote ASEAN-China practical cooperation in trade, investment, education, culture, tourism and media, focusing on the diversified projects to celebrate the 50th anniversary of ASEAN and the ASEAN-China Year of Tourism Cooperation. The magazine racks were placed for free distribution of ACC publications such as Annual Reports, Newsletters, Promotion Sheets, Facts and Figures, Guides to Tourist Routes in ASEAN, ASEAN Tourism Maps, etc. 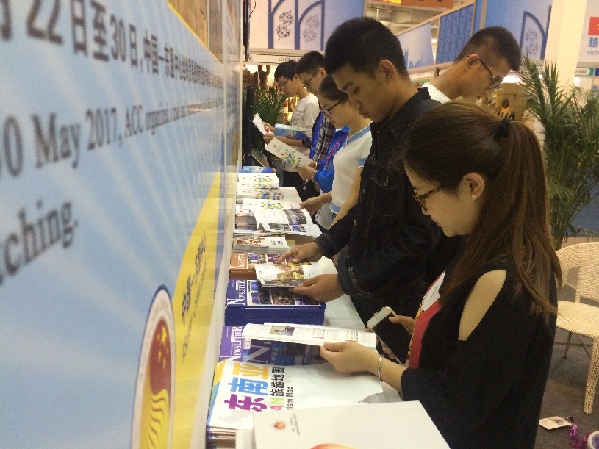 The ACC booth proved popular as it attracted hundreds of visitors every day to make inquiries and seek consultations, where media agencies both from China and abroad took shots as well. ACC officials and student volunteers showed hospitality to the viewers, answered their questions and presented ACC’s activities in details. A giveaway game was also designed at the booth to encourage fans to interact on ACC’s WeChat. During the seven days of the 2017 SSACEIF, ACC booth received over 2,000 visitors，provided hundreds of inquiries, and distributed almost 7,000 pieces of information.