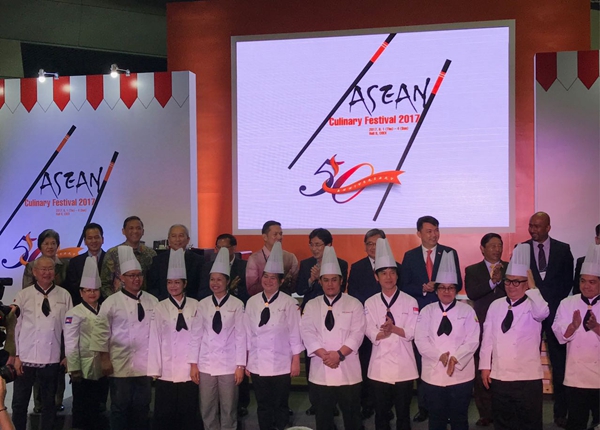 Mr. Kim Young-Sun said in his opening remarks that the ASEAN Culinary Festival 2017 is held during the 32nd Korea World Travel Fair to celebrate the 50th anniversary of ASEAN and the ASEAN-China Year of Tourism Cooperation, demonstrate the unique ASEAN food and culture to the Korean public and further enhance mutual understanding and friendship of the two sides. He wished this event a complete success. Brunei Ambassador to Korea delivered speech on behalf of the ASEAN side. He said the festival was meaningful and timely. He believed that the event will further promote ASEAN and Korea cooperation in the field of tourism and culture. The opening ceremony also included cooking demonstration, food tasting, ASEAN coffee promotion and cultural performances. 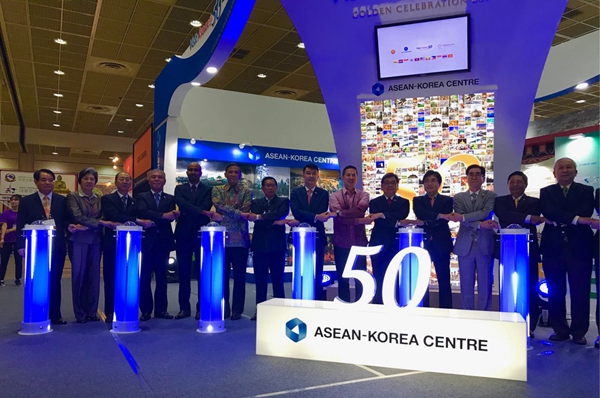 On the same day, Secretary-General Yang Xiuping also attended the Opening Ceremony of the ASEAN Tourism Promotional Pavilion and the Awarding Ceremony of the ASEAN-Korea Culture and Tourism Photo Contest. She communicated with ASEAN Ambassadors to Korea and representatives from ASEAN Embassies, international organizations, and cultural and tourism circle, briefing them on the mandate of ASEAN-China Centre and exchanging views with them on promoting tourism and cultural cooperation with ASEAN.