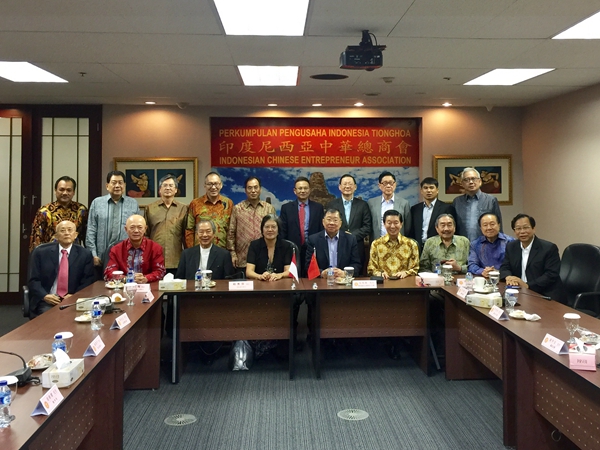 On 6 July 2017, H.E. Mme. Yang Xiuping, Secretary-General of ASEAN-China Centre (ACC), visited Indonesian Chinese Entrepreneur Association and exchanged views with Mr. Abdul Alek Soelystio, Vice Chairman and Chief Executive, and other management of the Association on practical cooperation between Indonesia and China, and between ASEAN and China.

Vice Chairman Abdul Alek Soelystio briefed on Indonesian socio-economic development and Indonesian enterprises’ cooperation with China. He stated that Indonesia is a country with 250 million people, the fourth largest in the world, half of which are young people below 30 years old. As the founding member of ASEAN, the largest economy among ASEAN Member States, and the only member of G20 within ASEAN, Indonesia has broad prospects of development. The current administration has taken a series of measures to attract investment and facilitate trade in hope of expanding exchanges and cooperation with other countries particularly economic cooperation and cultural and people-to-people exchanges with China. The Association would like to play an active role and work with ACC to jointly contribute to a prosperous New Silk Road for the benefit of both peoples. 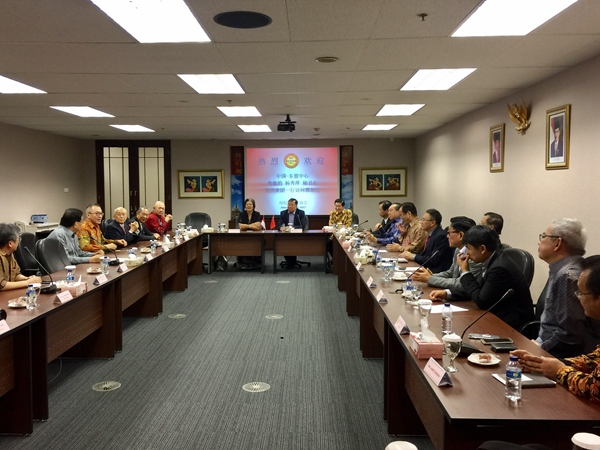 Secretary-General Yang outlined the development of ASEAN-China relations and basic information of ACC. She stated that ASEAN-China relations have developed an all-dimensional, multi-tiered and wide-ranging cooperation framework with close cooperation in trade, education, culture, tourism and other fields. ACC, committed to promoting trade and investment cooperation, has set up a series of useful platforms for the enterprises of both sides to strengthen contacts, which has been widely acclaimed. The Belt and Road Initiative and upgraded ASEAN-China Free Trade Area have brought new opportunities to economic cooperation and trade between Indonesia and China, and between ASEAN and China. ACC is ready to work with the Association and other parties to actively explore new ways and areas for cooperation so as to make greater contributions to all-round and in-depth development of Indonesia-China and ASEAN-China relations.