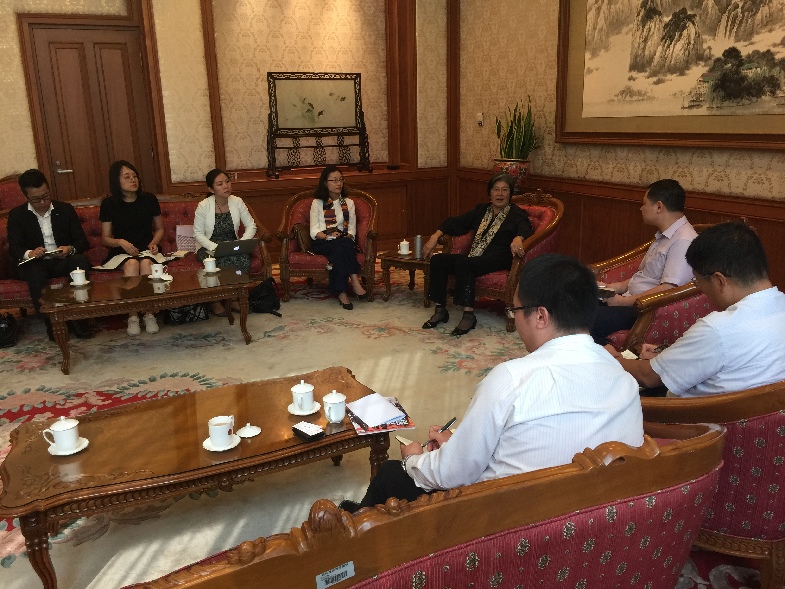 Ambassador Xu warmly welcomed the delegation to Indonesia and outlined the basic information of Indonesia and other ASEAN Member States. He stated that ASEAN countries, with long historical and cultural traditions and abundant tourism resources, have attracted an increasing number of Chinese tourists. He hoped the journalists could conduct in-depth reports and interviews through this reporting trip and help enhance mutual understanding and friendship between the people. When exchanging views with the journalists, Ambassador Xu encouraged them to keep close attention to ASEAN and play the unique role of media in promoting people-to-people exchanges so as to make positive contributions to ASEAN-China relations.

Secretary-General Yang appreciated the strong support that the Chinese Diplomatic Mission rendered to the reporting trip. She said that this reporting trip is one of the flagship projects approved by Joint Council of ACC. In conjunction with the 50th anniversary of ASEAN and the ASEAN-China Year of Tourism Cooperation, this project is aimed at publicizing ASEAN’s development and the achievements of ASEAN-China cooperation so as to promote the quality tourism resources and people-to-people connectivity.