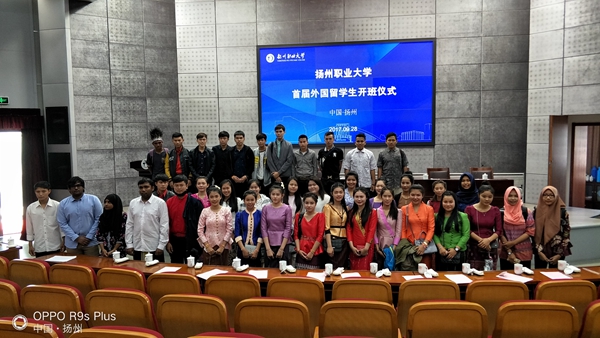 On behalf of ACC, Ms. Zhang Jing congratulated YPC on making the first significant step in the education of international students. She briefed on the achievements made by ACC in promoting educational exchanges and cooperation between ASEAN and China, and mentioned that ACC actively pushed forward the “Double 100,000 Student Mobility Program” and its updated version. At the same time, ACC actively takes part in the China-ASEAN Education Cooperation Week, supports activities of ASEAN students in China, and helps strengthen ASEAN-China cooperation in vocational education. Jiangsu province has established a very close relationship with ACC, and has become a very important destination for students from ASEAN countries. Actively responding to the Belt and Road Initiative, YPC has expanded cooperation with ASEAN Member States and supported ASEAN in cultivation of skilled personnel. She hoped the ASEAN students would acquire knowledge, skill as well as experience in the beautiful and livable city of Yangzhou, and would become the messengers of friendship between China and their own countries. 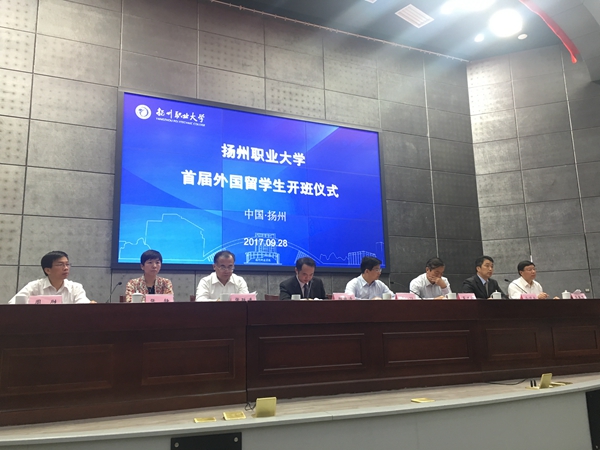 Secretary-General Zhao Xiyuan addressed that CPDA and the Chinese Embassies and Consulates abroad will continuously support the international students enrollment for Chinese universities and colleges. He hoped the international students could learn more about China, contribute to friendship between countries and human progress. Party Secretary Zhou Sheng introduced the recent developments of YPC, and emphasized three points: firstly, to adjust themselves to the college environment as soon as possible; secondly, to cherish the opportunities and study hard in China; thirdly, to achieve success in college study and become the bridge between China and their own countries. Director Yu Xiaonan stated the importance, assistance and support that Jiangsu Provincial Department of Education gave to international student education and management. He commended the international student recruitment work of YPC and gave suggestions to the management of students. Ms. Li Meiyan from Indonesia spoke on behalf of all the international students. She said that Yangzhou is a very beautiful city and YPC is a college with distinctive features. All the students and teachers are warm and enthusiastic. She could feel particular kindness here, and she would be adaptive to new environment, and manage to learn Chinese well, thus to live and study happily in the big warm YPC family.

Finally, Vice Mayor Yu Ting, on behalf of the municipal government of Yangzhou, praised the achievements YPC had made in recent years, and spoke highly of the college for training a large number of applied technical personnel for the city. He highlighted that it is the first year for the college to receive international students by taking advantage of the higher education resources in Yangzhou, which could be a way to cultivate and reserve localized human resources for the overseas development of Yangzhou’s companies, as well as an important measure to serve the Belt and Road Initiative and to raise Yangzhou’s reputation worldwide. He hoped that all the students will regard Yangzhou as their second home and spread Chinese splendid culture to their relatives and friends, meanwhile introduce their own history and culture to Yangzhou, to China, and to make contribution to strengthening the friendship among all the nations.

With the support of ACC and other organizations, YPC finally admitted 49 international students from Lao PDR, Indonesia, Maldives and Kyrgyzstan, among which 85% were from ASEAN.