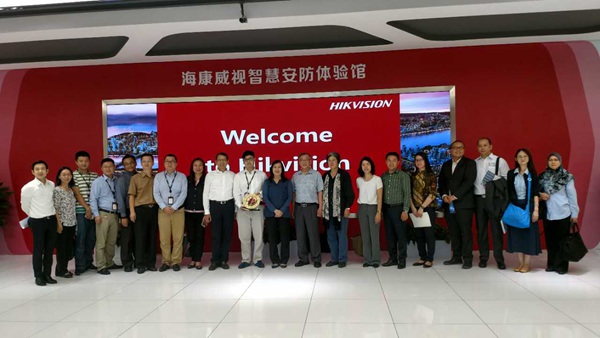 The delegation visited Hikvision Company, a provider of innovative video surveillance products and solutions, where the delegation observed the experience hall for Intelligent Video Surveillance. The representative of the company briefed on their history and stated that the company ,established in 2001, has around 20,000 employees worldwide as of the end of 2016, and the largest research and development team in global industry of video surveillance, in which, over 9,300 are R&D engineers. The company’s budget for R&D accounts for 7% to 8% in its sales income. Through its efforts, the company has become a video-centric solution provider for Internet of Things, offering services of video surveillance, visual management and big data. Besides the research centres in Hangzhou, Chongqing, Wuhan, Shanghai and Beijing, the company also set up overseas centres in Montreal, Canada, and Silicon Valley, U.S.A. The company possesses core technologies of audio and video encoding, video image processing, and related data storage, as well as forward-looking technologies such as cloud computing, big data, and deep learning. The company provides professional and customized solutions to meet diverse market requirements, such as public security, transportation, education, healthcare, financial institutions, and energy, as well as intelligent buildings. The company was placed at the top of the rankings in A&S Magazine’s “Security 50” in 2016. Attaching importance to cooperation with ASEAN countries, the company has already established two sales bases in Singapore and Thailand, and is currently building sales networks in Indonesia, Malaysia, the Philippines and Viet Nam, through which, the company wishes to make contributions to development of ASEAN countries. 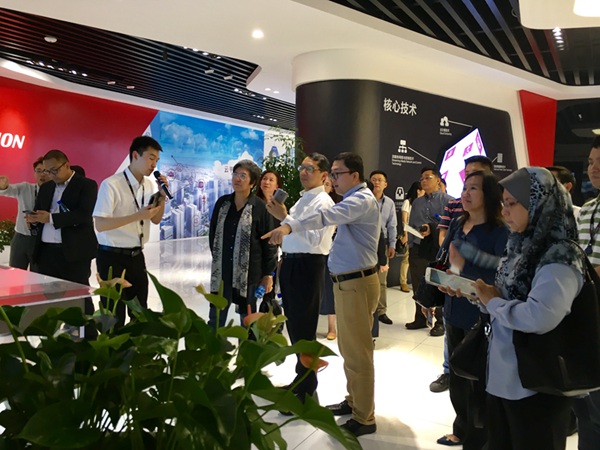 In a warm atmosphere, the delegation actively interacted with the R&D team of the company to learn about the wide range of application of their technologies, and experience the facial recognition system and other advanced products with strong interests. In the evening, the delegation was deeply impressed by a performance named “Enduring Memories of Hangzhou” featured with local cultures.

“Diplomatic Officials of ASEAN Countries in China Embracing Zhejiang” lasted until 28 September, during which, the delegation visited Hangzhou and Shaoxing, Zhejiang province.