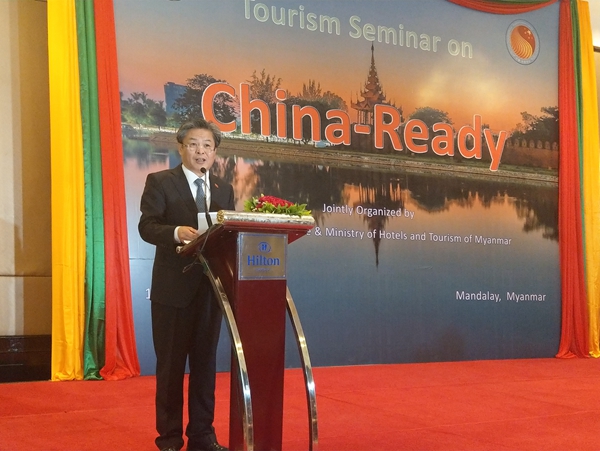 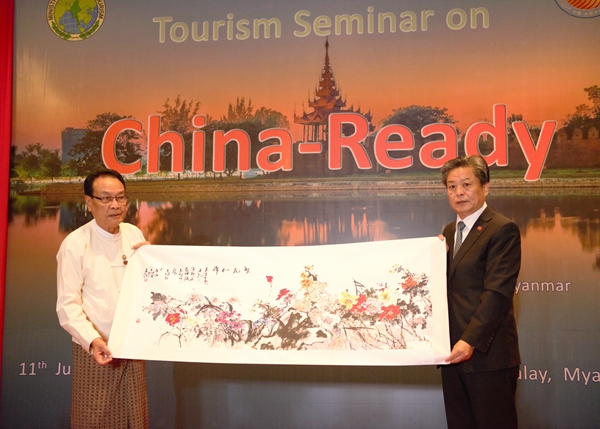 Consul-General Wang Zongying delivered a speech congratulating on the Tourism Seminar and briefed on the development of Myanmar tourism industry and China-Myanmar exchanges and cooperation. He pointed out that the seminar co-organized by ACC and Ministry of Hotels and Tourism of Myanmar not only met the local market demand but also brought tangible benefits to local tourism sector and improved practical cooperation between Myanmar and China. 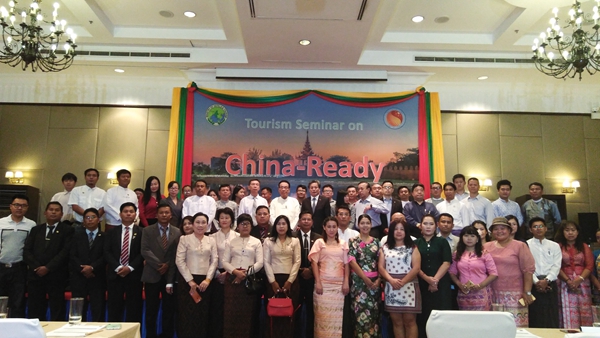 Secretary-General Chen Dehai thanked the Ministry of Hotels and Tourism of Myanmar and the two academic partners, Beijing Union University (BUU) and Guilin Tourism University (GTU), for their contributions to this Seminar. He stated that Myanmar and China are good neighbors, partners and friends. The flourishing people-to-people exchanges between the two countries over the past decade have helped strengthen the profound “Paukphaw” friendship and practical cooperation in various fields. Myanmar is rich in resources and its tourism industry enjoys broad prospects. The number of Chinese tourists visiting Myanmar is expected to keep on rising in years to come. He hoped that the seminar comprising of four selected lectures would help enhance the competitiveness and sustainable growth of Myanmar’s tourism industry. 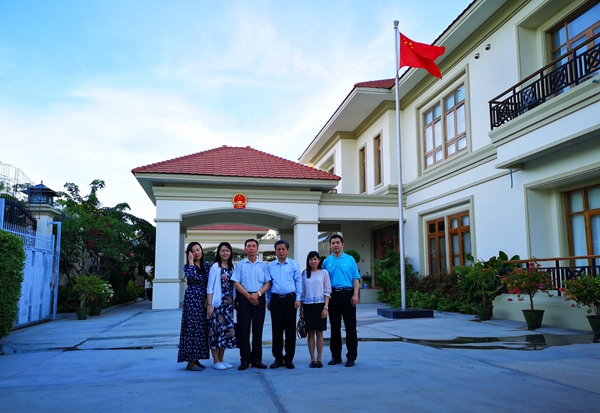 On behalf of Mandalay Regional Government and also the Union Ministry of Hotels and Tourism, Minister Myat Thu extended warm welcome to the ACC delegation and spoke highly of the seminar as a clear indication of the outcome of close cooperation between the Ministry of Hotels and Tourism of Myanmar and ACC. He said that to facilitate inbound travel and attract more foreign tourists, the government of Myanmar has rolled out new visa measures in recent years, such as visa-on-arrival for visitors from mainland China and India and visa exemption for visitors from Hong Kong SAR, Japan and the Republic of Korea. He believed that such activities as the seminar would help effectively promote the sustainable growth of inbound tourism in Myanmar.

The One-Day Tourism Seminar on “China-Ready” is one of the flagship projects of ACC conducted in the 10 ASEAN Member States. Experts from Beijing Union University and Guilin Tourism University gave four lectures focusing on Chinese outbound tourism market and tourists, tourism product analysis and case study, tourism quality services and new media marketing, which achieved good effect among the local stakeholders.  How to take full advantage of the tourism resources and potentials of the country, and how to quickly increase the number of international visitors through continuous capacity building of the local stakeholders became the hot topics during the seminar.

On the same day, an awarding ceremony was also held, during which the 4 lecturers from BUU and GTU and the representatives of local participants were presented certificates by Secretary-General Chen Dehai. On behalf of Myanmar tourism sector, Mr. Kyi Thein Ko, Secretary-General of Myanmar Tourism Federation delivered remarks appreciating ACC’s efforts to support Myanmar’s tourism development. Local media including 7 Days TV, Mandalay TV and Mandalay Daily joined this activity and gave a special coverage.

During the visit in Myanmar, Secretary-General Chen Dehai also exchanged views with Consul-General Wang Zongying on deepening cooperation in various areas between Myanmar and China.