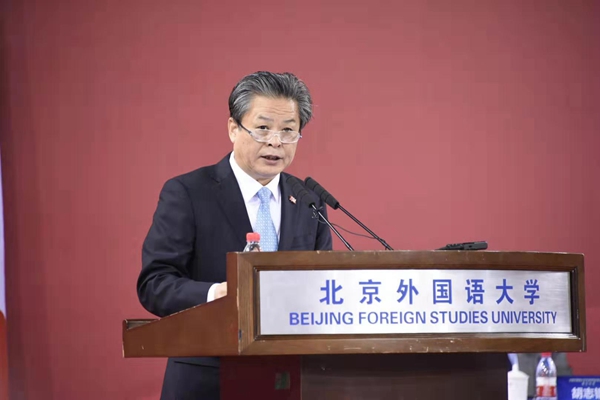 The Inauguration Ceremony of the School of Asian Studies and School of African Studies of the Beijing Foreign Studies University (BFSU) was held on 23 September 2019. Professor Wang Dinghua, Chairman of the University Council of BFSU, Mr. Aziz Mekouar, Ambassador of Morocco to China, Mr. Leela Mani Paudyal, Ambassador of Nepal to China, Mr. Dai Bing, Director-General of the Department of African Affairs, Ministry of Foreign Affairs of China, Mr. Wu Yan, Director-General of the Department of Higher Education, Ministry of Education of China and Professor Zhang Baojun, Vice-President of Beijing Language and Culture University were present. ACC Secretary-General Chen Dehai attended and addressed the ceremony. 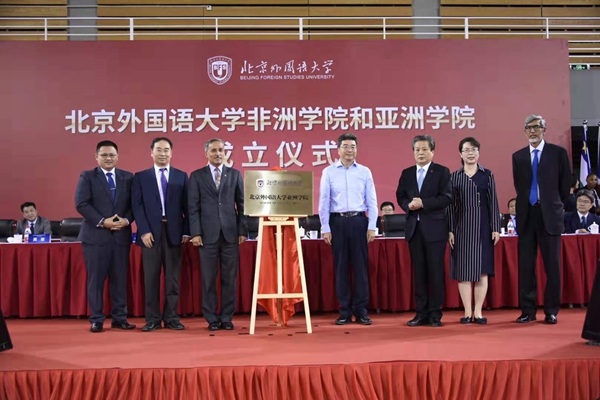 Secretary-General Chen Dehai stated in his address that the newly established schools will be able to focus on their respective regions and countries, redouble their efforts in personnel cultivation, disciplinary building and country/region-based studies. It will be beneficial to cultivate more foreign-language-speaking talents with a global vision, carry out proactive and targeted policy research and produce more high-quality research outcomes. ACC attaches great importance to education exchanges and cooperation and is willing to strengthen cooperation with relevant universities including BFSU to jointly elevate the friendly relations between China, Asian and African countries to a higher level. 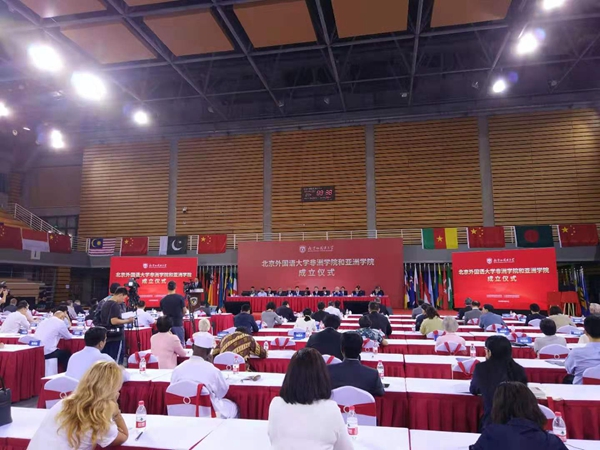 The Inauguration Ceremony saw the attendance of around 400 people, including representatives from the embassies of Asian and African countries to China, former Chinese ambassadors, representatives from relevant ministries, organizations, academic institutions and media. Several other activities were also held on the same day, such as academic forums on the development of Asian and African language studies and regional studies.