2019-11-22 22:40:00 source：中国—东盟中心
The 2nd ASEAN-China University Students’ Cultural Week opened in Haikou, Hainan Province on 22 November 2019. As one of the major cultural activities of the 20th Hainan Island Carnival in 2019, the Cultural Week was co-hosted by ASEAN-China Centre (ACC) and the Department of Tourism, Culture, Radio, TV and Sports of Hainan Province, and organized by Haikou University of Economics. 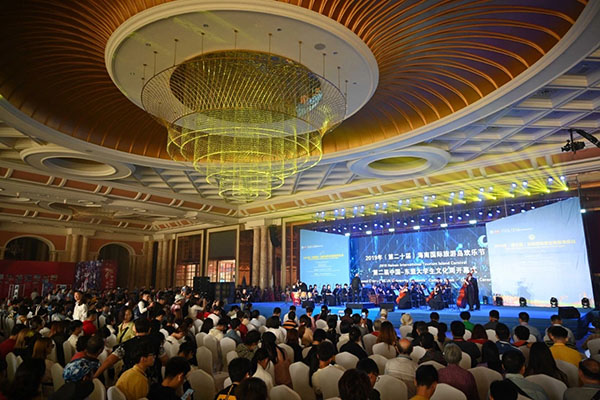 Mr. Cao Yuanxin, Deputy Director-General of Department of Tourism, Culture, Radio, Television and Sports of Hainan Province, Mr. Chen Xiao, President of Haikou University of Economics, consul generals of Cambodia, Malaysia, the Philippines, Singapore and Thailand in Guangzhou and Haikou, representatives of university art troupes from China and ASEAN Member States, media, teachers, students and the public, in total more than 700 people were present at the opening ceremony. Ms. Kong Roatlomang, Director of Education, Culture and Tourism Division of ACC was invited to attend and address the opening ceremony. . 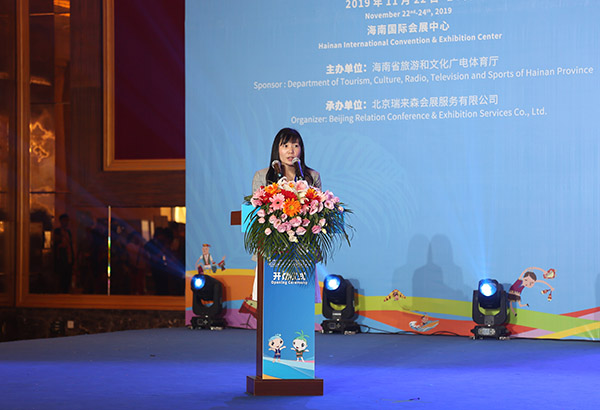 Director Kong Roatlomang stated in her address that the ASEAN-China University Students’ Culture Week has become an international platform for university students from the two sides to understand and appreciate each other's culture. She believed that the current session of Culture Week would further strengthen exchanges and cooperation between the universities of the two sides in the field of education and culture, as well as deepen the mutual understanding and friendship between the people of both sides.
The 2nd ASEAN-China University Students’ Culture Week consisted of various activities including cultural performances, micro film contests and culture and tourism experience sharing. The one-week long event was held at 3 different venues in Haikou City and Danzhou City, and saw an attendance of more than 200 people of 15 university performing art troupes from 9 countries, including China, Brunei, Cambodia, Indonesia, ROK, Malaysia, Singapore, Thailand and Viet Nam 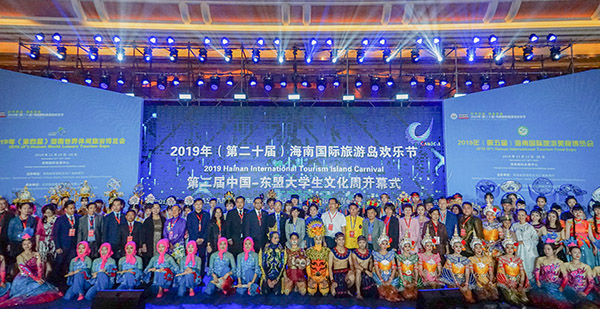