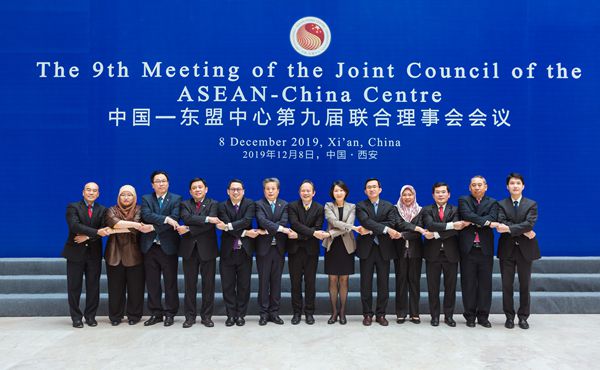 On 8 December 2019, the 9th Joint Council Meeting of ASEAN-China Centre (ACC) was held in Xi’an. The meeting was co-chaired by Mr. Suriya Chindawongse, Director-General of Department of ASEAN Affairs, Ministry of Foreign Affairs of Thailand and Ms. Mao Ning, Deputy Director-General of Department of Asian Affairs, Ministry of Foreign Affairs of China. Mr. Chen Dehai, ACC Secretary-General, heads of all divisions of ACC, representatives of ASEAN Member States and ASEAN Secretariat attended the meeting.

Director-General Suriya said that ASEAN-China relations have gained strong momentum and remained dynamic as a key pillar of peace, stability, prosperity and sustainability in the region.ACC has played an active role as a bridge and bond in promoting practical cooperationbetween the two sides in various fields. It was believed that with the continuous development of ASEAN-China relations and the expansion of cooperation between the two sides, ACC would surely play an even more important role. 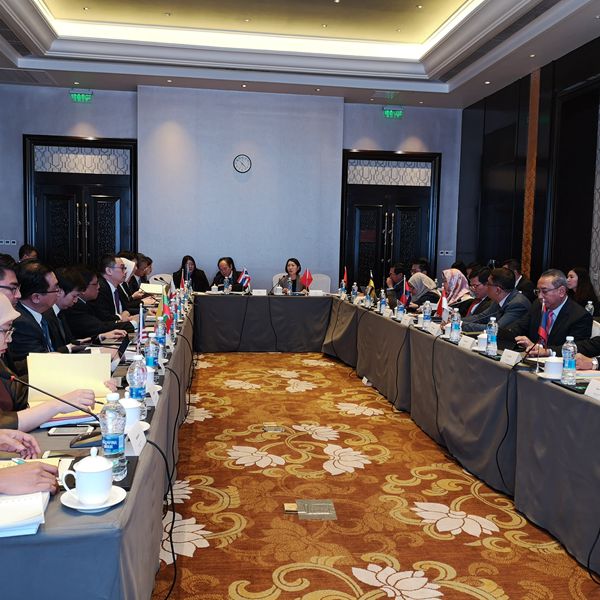 Deputy Director-General Mao Ning said that 2019 is the starting year to implement the ASEAN-China Strategic Partnership Vision 2030.Atthe 22nd ASEAN-China Summitthe leaders of both sidesreached a number of important consensuson the development of ASEAN-China relations in new era. The two sides agreed to deepen strategic synergy, upgrade economic and trade cooperation, enhance people-to-peopleexchanges, strengthen innovation-driven development to create new highlights of sub-region cooperation and inject new impetus into building a higher-level ASEAN-China strategic partnership. As an organization mandated to promote practical cooperation between ASEAN and China in various areas, ACC has grown into a special bond of friendship and an important platform for practical cooperation betweenthe two sides. It was hoped that ACC would continue to make full use of its unique advantages andactively implement the important consensus reached by the leaders of both sides to make new contributions to uplifting the level of ASEAN-China cooperation. 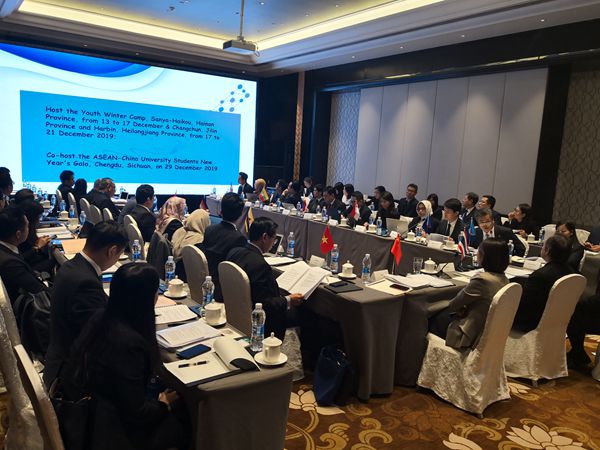 Secretary-General Chen Dehai thanked members of the Joint Council for their long-term and strong support to ACC and himself. He said that2020 would be an important year for witnessing deeper and broader development of ASEAN-China relations.ACC would seize the opportunity of ASEAN-China Year of Digital Economy Cooperationto actively implement the important consensus reached by leaders of both sides,further review the valuable opinions and suggestions raised by the members of the Joint Council, expand cooperation in key areas, extensively promote people-to-people and think tank exchanges, and build more cooperation platformsfor the governments and enterprises of both sides, so as to push forward the ASEAN-China relations to a new stage.

The JC members listened to the report of the 2019 Joint Executive Board of ACC, deliberated on and adopted the Summary Record of the 8th Joint Council Meeting, the Annual Report of 2019, the Work Programme and Budget of Operational Expenditure of 2020.The arrangements of the 10th Joint Council Meeting and other related matters were also discussed.