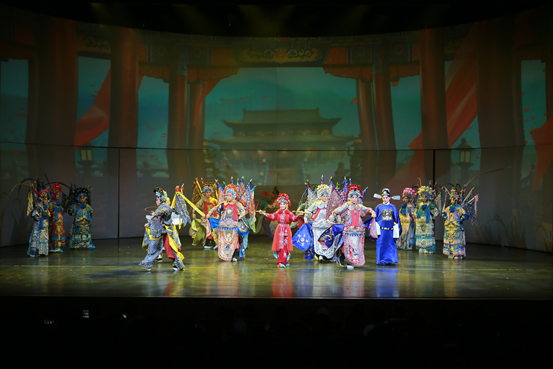 During the occasions, Ms. Kong Roatlomang joined the above-mentioned guests in enjoying the colorful joint performance presented by artists from China, Japan and the ROK, and exchanged views with other participants on integrated development of culture and tourism, ASEAN-China relations and 10+3 cooperation. During the closing ceremony, Xi’an sighed cooperation documents on culture and tourism with Toshima and Incheon, and held Working Conference of Culture City of East Asia. Since the year of 2010, the hosting cities of the biennial meeting of ASEAN Ministers Responsible for Culture and Arts were designated as the ASEAN City of Culture. China, Japan and the ROK launched the program of Culture City of East Asia since 2013. For the year 2019, Xi’an of China, Toshima of Japan and Incheon of the ROK were awarded the Culture Cities of East Asia and celebrations were held in these cities for the whole year. The launching ceremony of the Network of ASEAN Plus Three Culture Cities based on the Culture City of East Asia and the ASEAN City of Culture was held in October 2019 in Yangzhou.