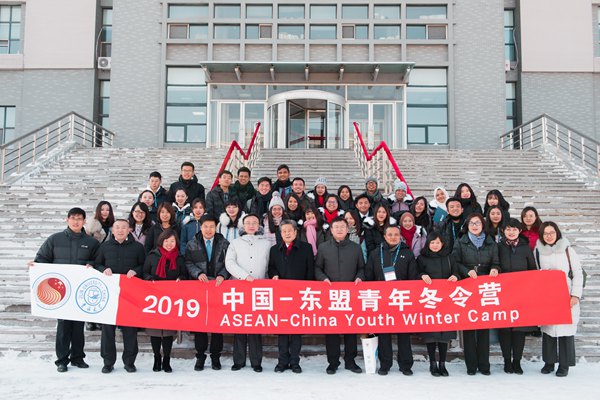 From 13 to 22 December 2019, the 2019 ASEAN-China Youth Winter Camp was successfully held in the provinces of Hainan, Jilin and Heilongjiang, China. The winter camp was hosted by ASEAN-China Centre (ACC) and organized by Jilin University and Hainan Tropical Ocean University. A total of 28 university students from the ASEAN Member States, China, the Republic of Korea (ROK) and Japan attended the camp. 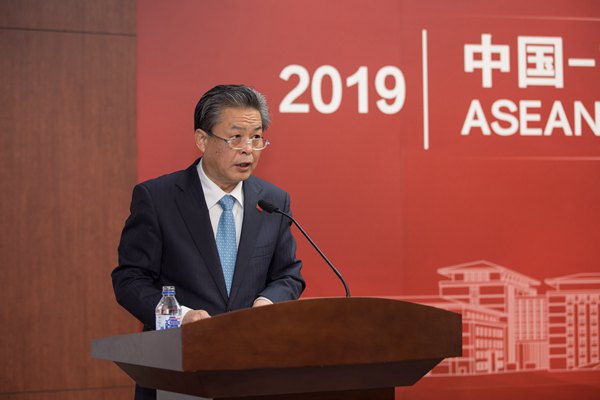 Vice President Zhao Hongwei said that Jilin University is willing to work with educational institutions of ASEAN countries and expand cooperation in education, culture, youth and other fields, carry forward traditional friendship and promote exchanges. Mr. Yaya Sutarya hoped that the campers would cherish this opportunity for their further improvement. Students from China and Cambodia spoke on behalf of young campers, expecting to learn more from each other, make more friends and build profound friendship. Secretary-General Chen and Vice President Zhao jointly presented the camp flag to them. The ten-day winter camp took place in four cities including Sanya, Haikou, Changchun and Harbin. During the event, the campers experienced the cultural diversities of the northern and southern parts of China. Through various activities such as seminars, cultural activities, and visits to universities, enterprises and villages, the students had extensive academic and cultural exchanges, which enabled them to experience the rapid development of China and the friendship of the Chinese people.

During the Youth Forum, which is one of the theme activities of the winter camp, the campers had animated discussions on two topics, “How to cope with the changes brought by Artificial Intelligence” and “how to become a youngster with international vision and sense of social responsibilities”, exchanging sparks of wisdom and strengthening friendship. 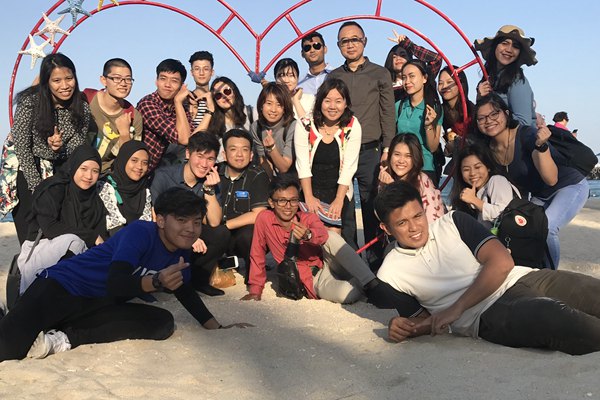 During the campers' party, students of various countries presented their traditional performance and showcased their talents. They experienced Chinese culture and folk customs such as calligraphy, paper-cutting, Chinese knots, dough figurines, and pouch-embroidering, enjoying the pleasure of mutual learning between different cultures in a relaxed and pleasant atmosphere. Secretary-General Chen joined everyone in the birthday celebration for three camp members and extended his best wishes. The whole camp felt like one big family. 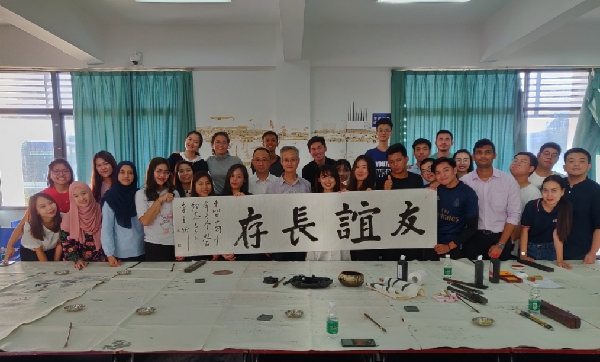 The campers thanked ACC for the precious opportunities and its great efforts in promoting people-to-people exchanges between China and ASEAN countries, especially youth exchanges. They also thanked Jilin University and Hainan Tropical Ocean University for their hard work in preparing for the winter camp. They said the winter camp offered young students an opportunity to get to know China, experience its charm and draw young people from different countries closer together. Colourful cultural activities have broadened their vision, enriched their knowledge and strengthened their friendship. They looked forward to more opportunities for learning and exchanges in the future, and expressed readiness to make joint contributions to the development of ASEAN-China relations and regional prosperity. 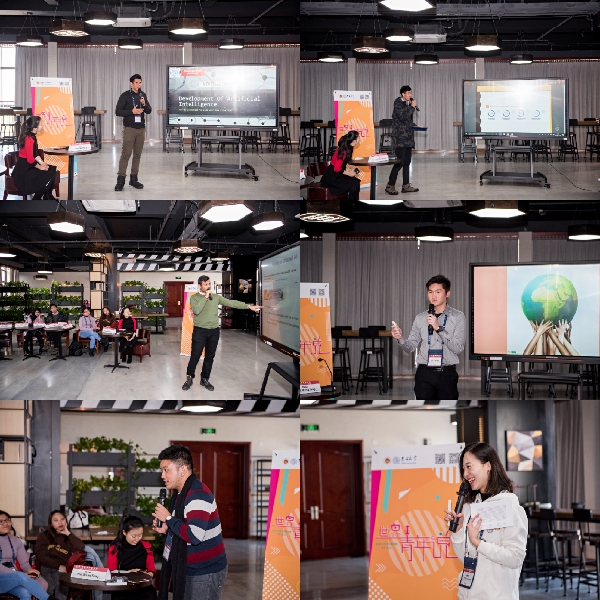 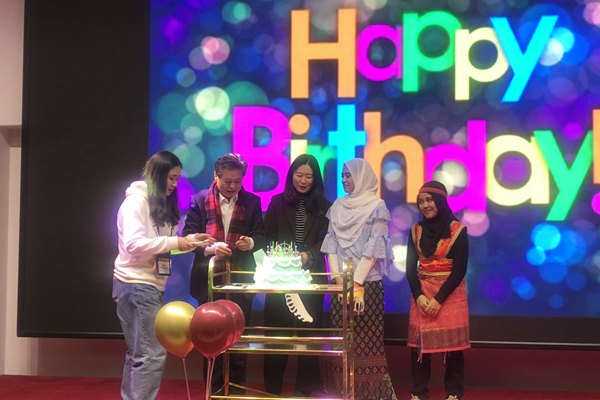 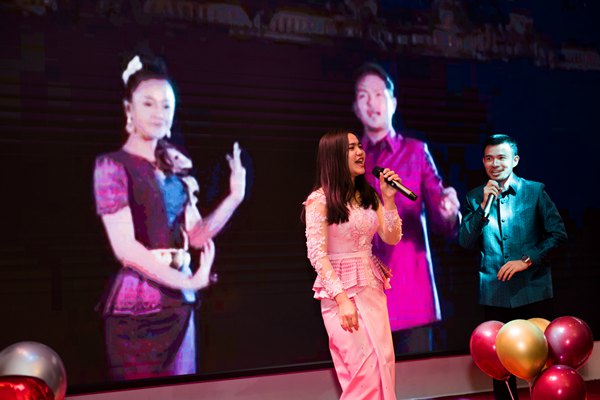 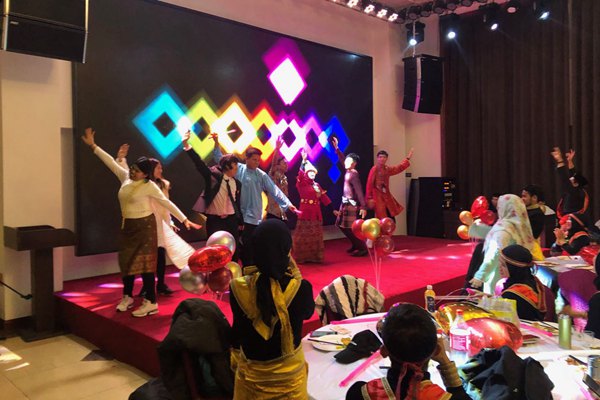 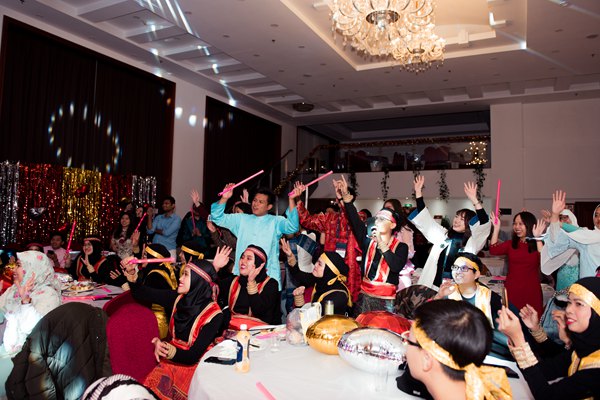