2020-05-08 11:21:00 source：ASEAN-China Centre
On 8 May 2020, at the invitation of the Secretariat of Boao Asia Forum (BFA), Mr. Guo Chuanwei, Director of the Trade and Investment Division of ASEAN-China Centre (ACC), attended the Online Launch of the BFA 2020 Flagship Report and Symposium on Asian Development Prospects and Challenges under the Pandemic. The event consists of keynote speeches, flagship report release, symposium and discussion. Nearly 300 people took part, including government representatives from China as the host country, diplomatic envoys to China, BFA members, representatives of the United Nations, the International Monetary Fund (IMF), the Organization for Economic Cooperation and Development (OECD), the Asian Financial Cooperation Association (AFCA), as well as those from businesses and academia worldwide. 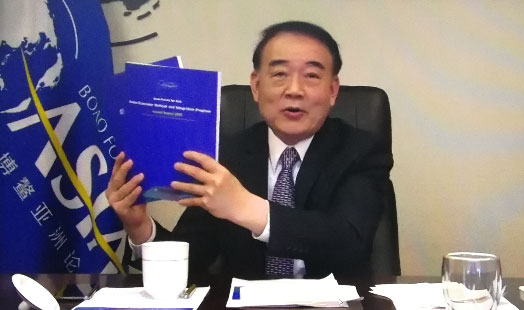 Mr. Li Baodong, Secretary-General of BFA, presided over the event. He mentioned that the global pandemic of COVID -19 has brought severe impact on the international cooperation and exchanges. As an engine of global economy, Asia is facing unprecedented challenges. In March 2020, the Extraordinary G20 Leaders’ Summit stressed the need to strengthen international cooperation to tackle COVID-19, and enhance macroeconomic policy coordination so as to set a strong basis for the recovery of growth. In response to international efforts to contain the disease, this year’s Annual Conference of BFA will be canceled but preparations will continue for three major thematic conferences scheduled for latter half of the year 2020. It is hoped that all parties will strengthen cooperation and act together to inject positive impetus into the development of Asia and beyond in the post-epidemic era. 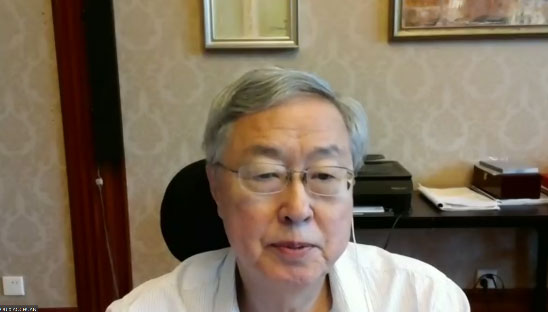 Mr. Zhou Xiaochuan, BFA Vice Chairman, cited in his keynote speech that many countries have adopted unprecedented large-scale economic policies to deal with the epidemic and achieved certain results. In view of the uncertain impact of the epidemic, people should be alert to the restructuring of global supply and value chain as well as the escalation of trade conflicts. No country can defeat the epidemic alone. The international community needs to overcome fear, fight together and finally win the battle against the epidemic. He highlighted that China has made arduous efforts and great sacrifices to prevent the spread of the epidemic and has actively participated in global cooperation to tackle COVID-19. Recently, the Chinese government issued the first document on market-based allocation of factors of production and released major reform signals, which is of practical significance to reduce the impact of the epidemic, stimulate the potential and vitality of various factors, and promote regional and global economic recovery.
Experts of the Chinese Academy of Social Sciences (CASS), Chinese University of International Business and Economics and Deloitte China made presentations on the main content and the appendix of BFA 2020 Flagship Report Asian Economic Outlook and Integration Progress 2020. The report said that the development of the COVID-19 epidemic and the response of all countries will be the decisive factors for the economic trend of Asia in 2020. At present, the resistance to Asian economic integration is increasing, which should be solved by reducing tariffs, removing barriers and promoting trade. 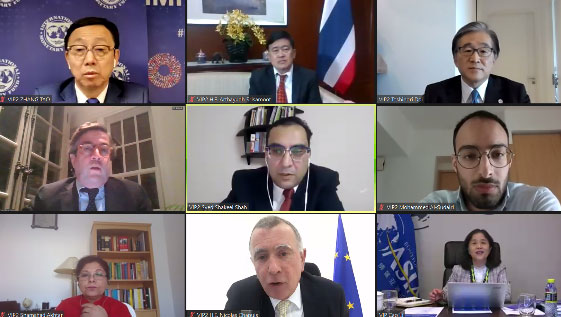 At the Symposium on Asian Development Prospects and Challenges under the Pandemic, Mr. Zhang Tao, Deputy Managing Director of the IMF, opined that Asian countries should make full use of bilateral and multilateral mechanisms to resist external pressure, take flexible and agile measures to fight against the epidemic and properly deal with various challenges of economic recovery. Mr. Luis Alberto Moreno, President of the Inter-American Development Bank on Inter-regional Cooperation, stressed that financial institutions should do their best to promote trade facilitation, and that cooperation with China will become an important measure for Latin American countries to overcome the epidemic. Mr. Toshinori Doi, Director of the ASEAN plus China, Japan, South Korea Macroeconomic Research Office (AMRO), suggested continuing to strengthen regional cooperation and integration and working together to counter global trade frictions. Mr. Arthayudh Srisamoot, Ambassador of Thailand to China, Mr. Nicolas Chapuis, Head of Delegation of the European Union to China, and speakers from international financial institutions, regional international organizations and research institutions respectively introduced the measures and challenges of ASEAN, East Asia, Central Asia, West Asia, South Asia and EU to tackle the epidemic. They spoke highly of China's measures and achievements in this aspect and stated confidence in strengthening cooperation and overcoming the epidemic.
In the discussion session, Mr. Ahcene Boukhelfa, Ambassador of Algeria to China, Mr. Parakhat Durdyev, Ambassador of Turkmenistan to China, Mr. Sivanka Dhanapala, Representative of the UNHCR in China, Mr. Matia Marino, representative of an Italian think tank, Dr. Huang Haizhou, Chief Strategist of China International Capital Corporation Limited (CICC), Mr. Shen Jianguang, Chief Economist of JD Digits, offered their opinions from the perspectives of regional cooperation, the vulnerable, global supply chain, international market, digital technology, etc. 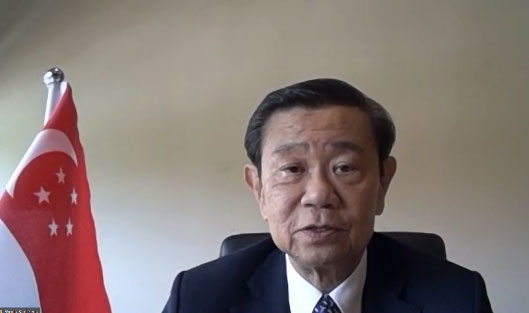 Mr. Wong Kan Seng, BFA Director and Former Deputy Premier of Singapore, made a concluding statement. He stressed that a global economic recession and slowdown in economic growth in Asia will be inevitable. The overall recovery of the global economy is not an easy task and has a long way to go. In the post-epidemic era, all countries should resist nationalism and the trend of "deglobalization", seek new equilibrium and build a brighter future of a more open and interconnected international community.