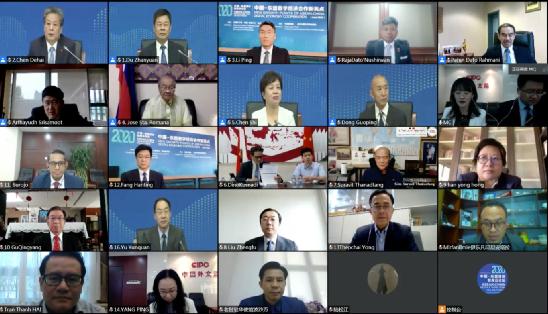 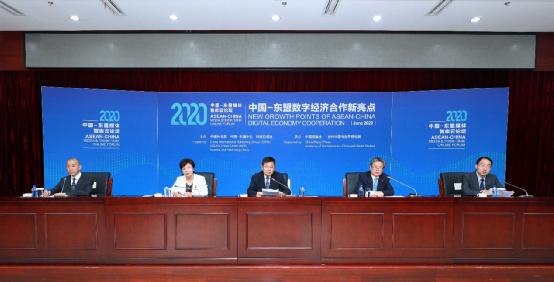 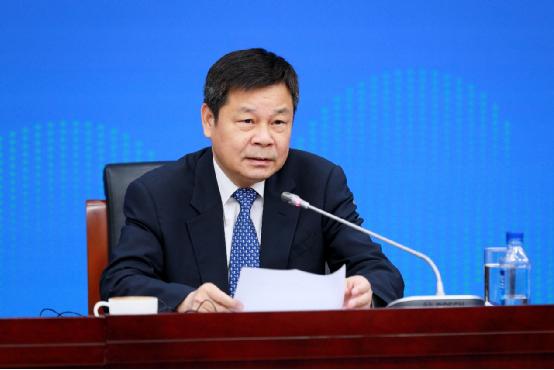 President Du Zhanyuan stated that in the face of the sudden outbreak of COVID-19, China and ASEAN countries worked together to pull through the trying times, setting the standard for international cooperation in the fight against the epidemic and strengthening mutual trust and cooperation between the two sides. He said that the digital economy is an important driver of globalisation. Focusing on cooperation in digital economy would help China-ASEAN cooperation reach a new level, further enhance the economic vitality of Asia, and advance acceleration of regional integration. 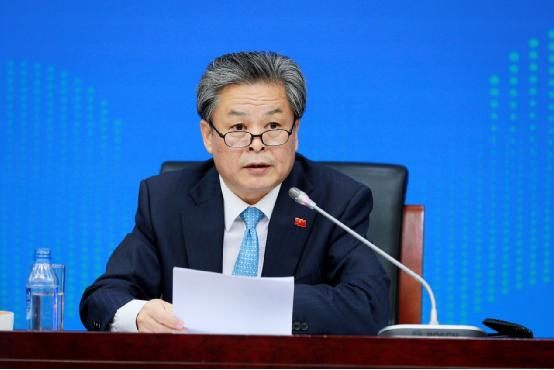 Secretary-General Chen Dehai mentioned that in the fight against COVID-19 epidemic, ASEAN countries and China have been providing valuable support and assistance to each other, which is a testament to our deep bond of traditional friendship The special situation we are facing today are giving birth to a number of new industries and business forms. Both ASEAN and China are stepping up efforts to explore means for digital transformation and development. Digital economy cooperation between the two sides is flourishing. He noted that the forum held against the current backdrop is of special significance, which not only echoed this year’s theme of ASEAN-China Year of Digital Economy Cooperation, but also explored a new approach for promoting exchanges between media and think-tanks.

Philippine Ambassador Romana expressed his appreciation for the solidarity among all ASEAN Member States and China in fighting against COVID-19. He noted the ASEAN countries could learn from the Chinese experience and technologies such as e-commerce, mobile payment, to expand cooperation in terms of digital economy cooperation. 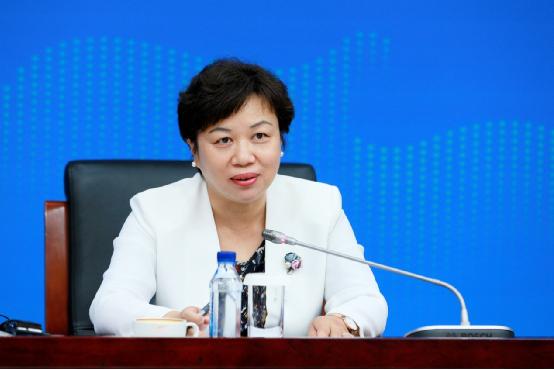 Mme. Chen Shi noted that media and think-tanks should leverage its strengths in communication, platform and talent development to pool resources for expanding ASEAN-China cooperation in digital economy. 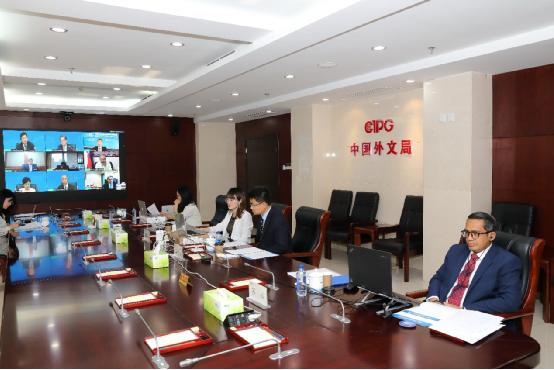 Two sub-theme sessions were moderated by Mr. Dino Kusnadi, Minister of Indonesian Embassy in China and Mr. Arianto Surojo, Director of Information and Public Relations Division of ACC respectively. Eight speakers shared their views on behalf of media and think-tanks from ASEAN countries and China on the two topics of “opportunities and potentials for ASEAN-China digital dconomy cooperation in the post COVID-19 era” and “facilitate information sharing between ASEAN and China by media and think-tanks”.
During the event, multilingual e-book Keywords to Understand China: the Fight Against COVID-19 was also released. The video of the forum in both Chinese and English are launched via such social media platforms as Xuexi.cn, China.org.cn., Bilibili, Sina.com and Tencent livestream, etc. on 16 June, 2020.
About Us| Contact Us