2020-10-20 10:26:00 source：ASEAN-China Centre
On 20 October 2020, the Chinese Mission to ASEAN held the online Opening Ceremony of ASEAN-China Young Leaders Scholarship (ACYLS) 2020. Mr. Dato Lim Jock Hoi, Secretary-General of ASEAN , Mr. Luo Zhaohui, Vice Foreign Minister of China, Mdm. Elizabeth P. Buensuceso, ASEAN SOM Leader of the Philippines, Mr. Mateo, Deputy Education Minister of the Philippines, and Mr. Kung Phoak, Deputy Secretary-General of ASEAN attended the event and delivered opening remarks. Mr. Deng Xijun, Chinese Ambassador to ASEAN, and Mr. Noel Servigon, Permanent Representative and Ambassador of the Philippines to ASEAN delivered closing speeches. ACC Secretary-General Mr. Chen Dehai attended the event along with more than 100 representatives, including permanent representatives of ASEAN Member States and representatives of ASEAN University Network, education authorities of ASEAN Member States, Chinese universities taking part in the scholarship project and all scholarship winners.
Vice Foreign Minister Luo Zhaohui said that Premier Li Keqiang had announced at the China-ASEAN Summit in 2018 the establishment of ACYLS. Within less than 2 years, it has become one of the innovative flagship projects of China-ASEAN cooperation and has played an important role in consolidating people-to-people exchanges, the third pillar of our cooperation. Since the outbreak of COVID-19, China and ASEAN countries have been working in solidarity to fight the pandemic and leading the global pandemic containment and economic and social recovery, which have fully demonstrated the profound strategic significance of relations between the two sides. He promised that China would continue to encourage more outstanding ASEAN youths to study in China through this scholarship. He hoped that the students would make best use of their time for more academic achievements, learn more about China, make friends with their Chinese peers and carry forward China-ASEAN friendship from generation to generation.
In their closing remarks, Ambassador Deng Xijun and Ambassador Noel encouraged the scholarship-winning students to seize the opportunity, cherish their time and study hard, so as to shoulder the mission entrusted by the times and make contributions to building a community with a shared future and carrying forward ASEAN-China friendship from generation to generation
ACYLS is an important initiative announced by Premier Li Keqiang at the 21st ASEAN-China Summit in 2018, which was successfully implemented in 2019. In 2020, all parties have overcome the impact of COVID-19 and successfully recruited nearly 40 ASEAN young people to study in China. Going forward, ACYLS will allow more young people from ASEAN countries to study in China. Besides, short-term training programmes will also be held for 10 ASEAN Member States from time to time. 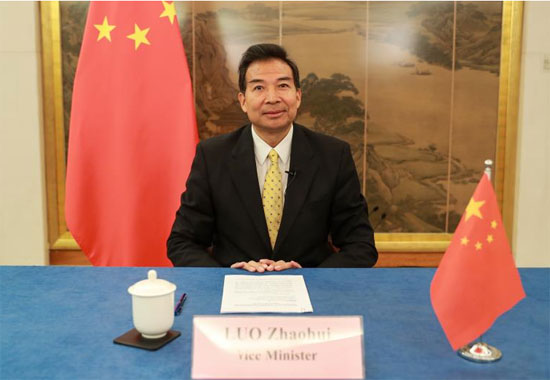 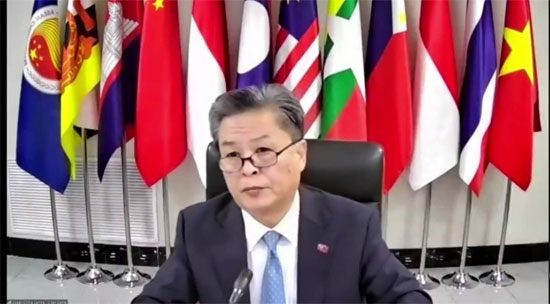 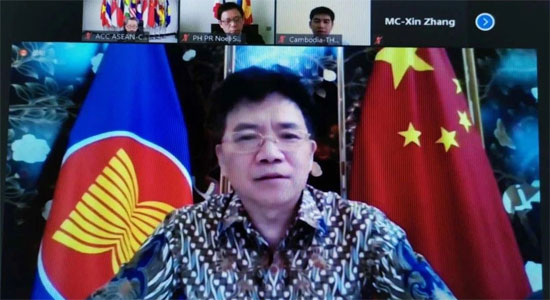