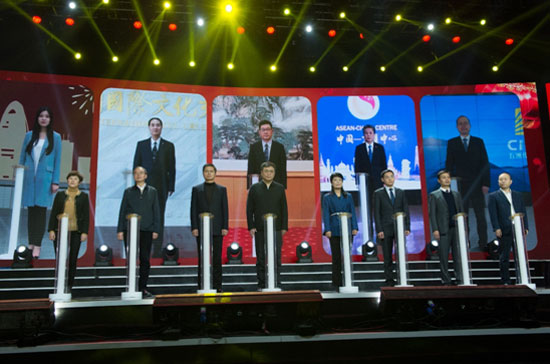 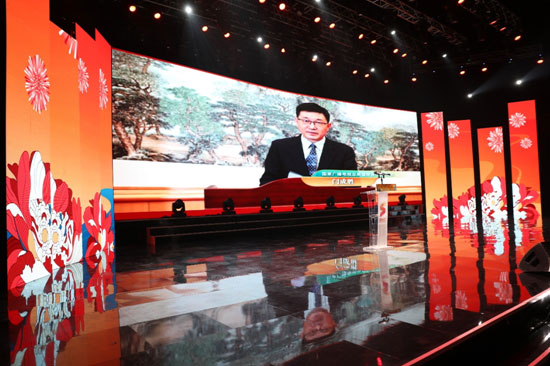 Deputy Director-General Yan Chengsheng stated that the “Silk Road Carnival & Online Spring Festival Gala 2021” will introduceChinese traditionalculture with rich entailment and China’s dynamic economic and social development to the audience of more than 30 countries and regions of the world, deliver best wishes for creating a better future together. In the meantime, the event will also present the history, culture and people’s real life of other countries to Chinese audience, which will surely play its due role to promote mutual learning among civilizations, people-to-people connectivity and the building of community with a shared future for mankind. Secretary-General Chen Dehai noted that the year 2021 marks the 30th anniversary of ASEAN-China dialogue relations and the ASEAN-China Year of Sustainable Development Cooperation.The “Silk Road Carnival & Online Spring Festival Gala 2021” will showcase the long history and splendid culture of China and the countries along the Silk Road by presenting rich and colorful programs, carry love and warmth to the world in the post-pandemic era, which is bound to promote people-to-people communication between China and the rest of the world and mutual learning among different civilizations, and further strengthen friendly exchanges between the people of ASEAN and China. President Liu Bing mentioned that the “Silk Road Carnival & Online Spring Festival Gala 2021” shows distinctive cultural belief and thinking among the Spring Festival Galas of all provincial satellite channels with its high international positioning, rich and diverse content and stage design filled with warmth, which is the full reflection of the international integration and cultural confidence of Shaanxi Province. The live-streaming event, which consists of the “Silk Road Carnival 2021” and the “Silk Road Online Spring Festival Gala 2021”, will start at 19:30 on the 3rd of February, 2021 (the first day of Springaccording to the Chinese lunar calendar) and end at 23:00 on the 4th of February, 2021(Little New Year according to the Chinese lunar calendar).It will be streaming for 27 hours in 36 countries across 5 continents.A new mode of convergent media communication with large-screen and small-screen linkage and domestic and international simultaneous streaming will be adopted. The event, themed “showing the characteristics of the Silk Road, telling a unique Chinese story and delivering an international presence” is designed to exhibit China’s history and culture, convey the expectations of overseas Chinese around the world to welcome the Lunar New Yearand show China’s confidence in joining hands with the countries around the world to defeat the epidemic and restore economic growth.