The 16th Meeting among Secretaries-General of ACC, AJC and AKC Held 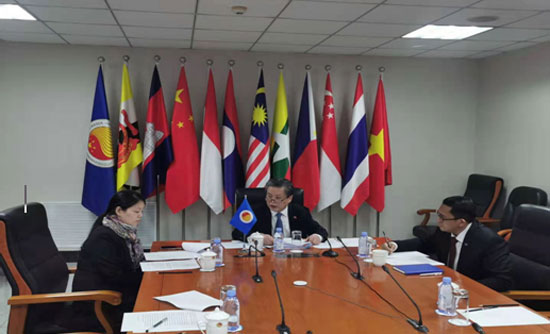 Secretary-General Chen Dehai highly commended the progress on exchanges and cooperation between the three centres and stated that ASEAN Plus Three (APT) countries have all made encouraging achievements in the fields of pandemic prevention and control as well as economic recovery despite the huge challenges posed byCOVID-19. The signing of the Regional Comprehensive Economic Partnership(RCEP) Agreement will inject new impetus into regional economic development. The year 2021 marks the 30th anniversary of the establishment of ASEAN-China dialogue relations and theASEAN-China Year of Sustainable Development Cooperation. ACC is willing to further strengthen ties with AJC and AKC, jointly deepen practical cooperation in key areas and promote economic recovery and common development in East Asia. 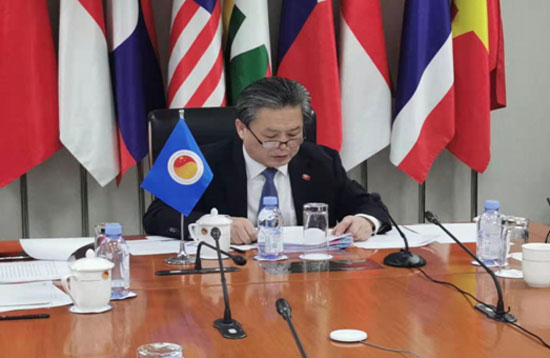 Secretary-General Masataka Fujita said he was glad to see the three centres share the same goal and work together to make positive contributions to APT cooperation. AJC has been actively organizing online activities and frequently updating its social media to expand its influence since the outbreak of COVID-19 and is willing to maintain close communication and strengthen cooperation with ACC and AKC, making greater efforts hand in hand to carry out more fruitful projects and activities so as to stimulate greater vitality for the development of the East Asia region.

Secretary-General Lee Hyuk expressed that ASEAN is an important partner for China, Japan and Korea. Despite the impact of the pandemic, AKC has been working hard to promote cooperation and implement a variety of exchanges and activities both online and offline, to enhance mutual understanding and friendship between the people of Korea and ASEAN. He hopes that the cooperation among the three centres would be enhanced to a higher level and more joint projects will be carried out to deepen the mutual benefit and friendship, and to make greater contributions to the peace and prosperity for East Asia.

The three centres reviewed the work progress since the 15th Meeting and also the flagship programme of 2021 respectively, put forward proposals of deepening tripartite cooperation and discussed relevant arrangements for the 17th Meeting among Secretaries-General of the three centres.