At the opening ceremony, Vice Minister Zhang Xu awarded Dunhuang City the commemorative plaque of "Culture City of East Asia". Representatives of Culture Cities of East Asia and experts from China, Japan and the ROK sent video messages and congratulatory letters online. The guests enjoyed the documentary "Dialogue between Mogao Grottoes and Angkor Wat" and the "The Charm of Dunhuang" performances. More than 500 participantsattended the activities, including representatives from Culture Cities of East Asia in China, officials from culture and tourism departments of relevant provinces, experts and scholars, and representatives from cultural and tourism sectors . On 8 April, Ms. He Wei, Vice Governor of Gansu Province met with ACC Secretary-General Chen Dehai and Mr. Som Visal, Consul General of Cambodia in Xi’an. The two sides exchanged views on strengthening ties between Culture Cities of East Asia and the ASEAN Cities of Culture, and promoting people-to-people exchanges and practical cooperation between Gansu Province and ASEAN Member States (AMS). During his stay in Dunhuang, Secretary-General Chen Dehai visited the themed cultural and creative exhibition of "Tide of Dunhuang", the calligraphy and painting exhibition of "Infatuation with Dunhuang", the Dunhuang exhibition of digital achievements "Beautiful City on the Silk Road", and attended the Dunhuang Culture and Tourism Night and other activities with invited guests. 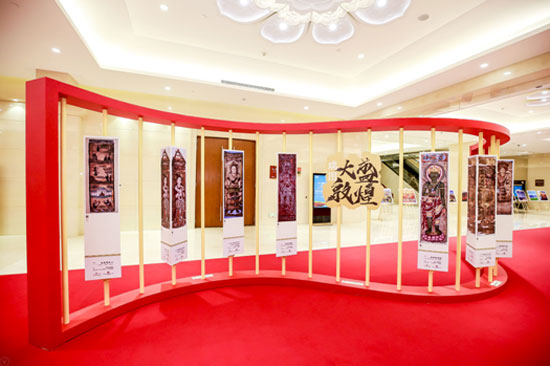