On 24 April 2021, Mr. Zhao Haozhi, Deputy Secretary of the CPC Qingdao Municipal Committee and Mayor of Qingdao City met with foreign guests and heads of international organizations of the High-level Forum for RCEP Economic and Trade Cooperation in Qingdao. Mr. Chen Dehai, Secretary-General of the ASEAN-China Centre (ACC) attended the meeting.

Mr. Zhao Haozhi extended warm welcome to the guests. He noted that Qingdao share extensive cooperation and profound friendship with RCEP countries. The trade volume between the two sides accounts for about 40% of the city’s total volume of foreign trade. The forum will be a new starting point for cooperation, and it is hoped that the forum will expand economic and trade cooperation and people-to-people exchanges between Qingdao and RCEP countries, facilitate regional trade and investment, and promote regional economic recovery. 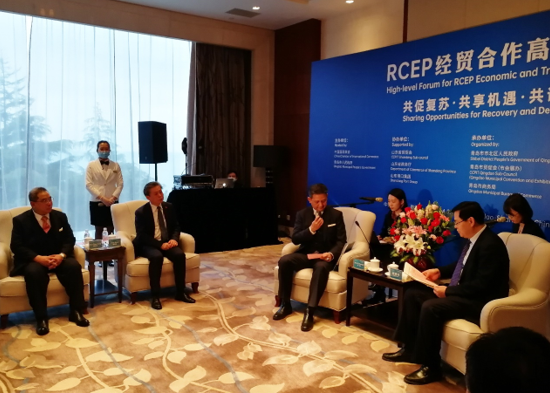 On behalf of the delegates, Mr. Dino R. Kusnadi, Deputy Chief of Mission and Minister of the Embassy of Indonesia in China, appreciated the Qingdao Municipal Government for their warm reception and underlined that RCEP as an important measure for regional economic resumption would usher in a better future for the countries in the region. 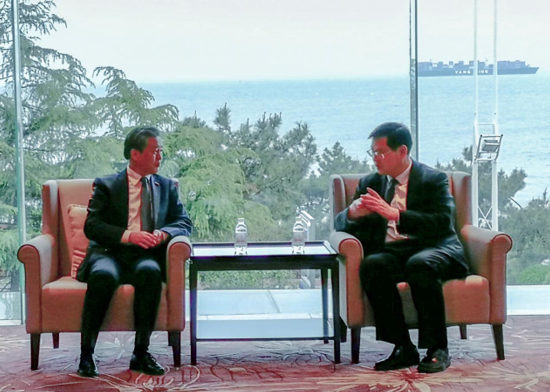 Mr. Chen Dehai mentioned that the overall growth of ASEAN-China trade and investment under the pandemic illustrates strong resilience and great potential of the bilateral cooperation. ACC will proactively promote the all-around cooperation between ASEAN and Qingdao.

Mr. See Chee Kong, Minister of the Embassy of Malaysia in China, Ms. Chiyawan Chongvatana, Minister of the Embassy of Thailand in China, Commercial Counsellors and representatives of the embassies of ASEAN Member States (AMS) including Cambodia, Lao PDR, Myanmar, the Philippines, and Viet Nam, and diplomats from the embassies of Japan and Australia attended the meeting. The guests also attended the welcome banquet held by the Qingdao Municipal Government.