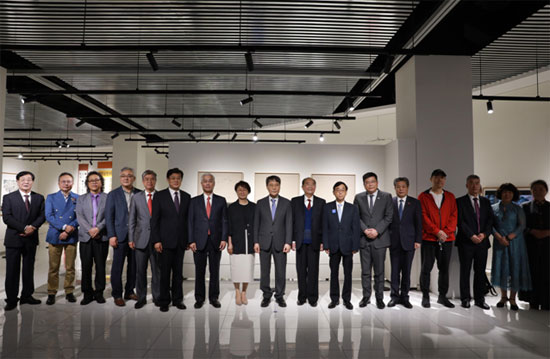 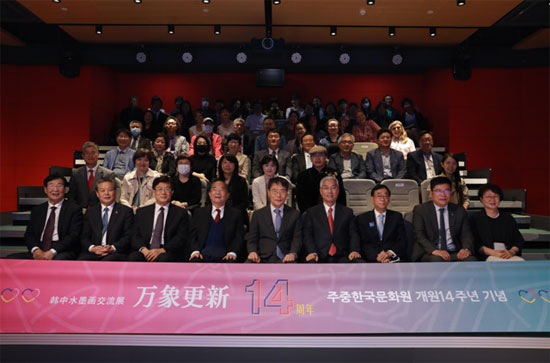 On 13 May 2021, Mr. Chen Dehai, Secretary-General of the ASEAN-China Centre (ACC), attended the opening ceremony of the ROK-China Ink Painting Exchange Exhibition in celebration of the 14th anniversary of the establishment of the the Korean Cultural Centre in China. More than 100 people attended the event, including Mr. Gao Zhanxiang, former Vice Minister of the Ministry of Culture of China, Mr. Qiu Guohong, former Chinese Ambassador to the ROK, Mr. Li Xikui, Vice President of the Chinese People’s Association for Friendship with Foreign Countries, Mr. Jang Ha-sung, Ambassador of the ROK to China, Mr. Kim Jingon, Director of the Korean Cultural Centre in China, and representatives from diplomatic missions in China, cultural organizations, friendship associations, academia and media of the ROK and China. 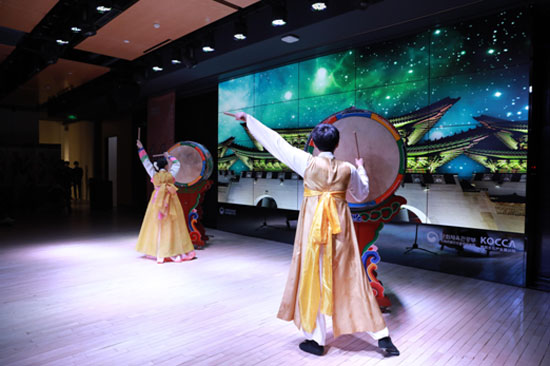 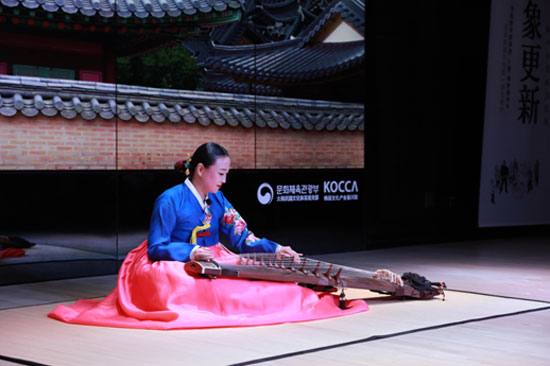 At the opening ceremony, the participants enjoyed more than 30 ink paintings and calligraphy works created by nine artists from China and the ROK, as well as wonderful performances by artists from both countries. Secretary-General Chen Dehai exchanged views with the guests on strengthening collaboration and deepening cultural exchanges with relevant organizations. Ms. Li Yaying, Deputy Director of Education, Culture and Tourism Division of ACC, participated in the above activities. 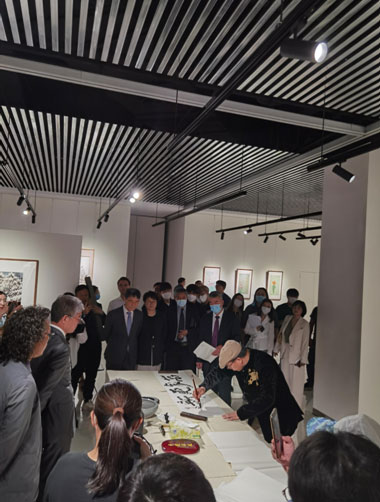