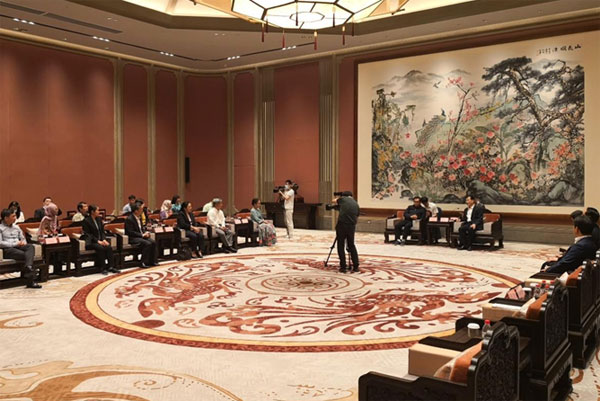 On 29 May 2021, Mr. Yu Yongsheng, Deputy Secretary of CPC Jining MunicipalCommittee and Mayor of Jining, met with diplomatic envoys from ASEANMemberStates (AMS) in China and heads of international organizations attending the ASEAN-China (Shandong) SME Conference for Cooperation and Development. Mr. Chen Dehai, Secretary-General of the ASEAN-China Centre (ACC) attended the meeting. 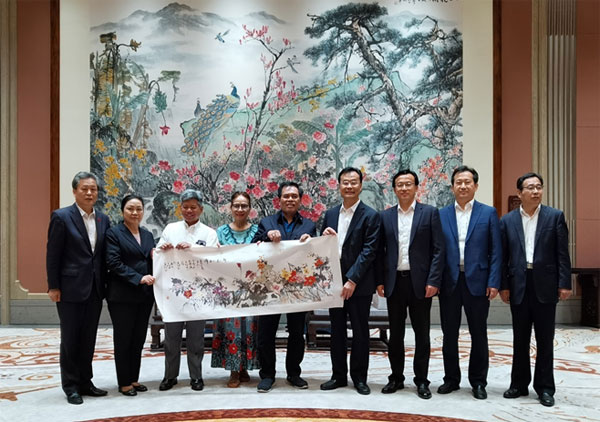 Mr. Yu Yongsheng saidwitha long history and solid industrial foundation, Jining has attracted nearly 90 ASEAN enterprises to invest in the city. He hoped that the AMS diplomats could get to know more about the city, deepening their understanding of Confucianism and forwarding Jining’s willingness to enhance friendly exchanges and practical cooperation with AMS.

Mr. Djauhari Oratmangun, the Ambassador of Indonesia to China, appreciated the warm reception of Jining Municipal People’s government on behalf of the AMS diplomats. He said the trip to Jining was a good example of people-to-people exchange in which ASEAN diplomats had the chance to learn and experience Confucius’ wisdom and Confucian culture. It helped to consolidate bilateral friendship and deepening future cooperation.

During their stay in  Jining and Qufu, the AMS diplomats visited the famous tourist sites including the Confucius Temple, Confucius Family Mansion and Nishan Sacred Land, experiencing the long history of Chinese traditional culture.