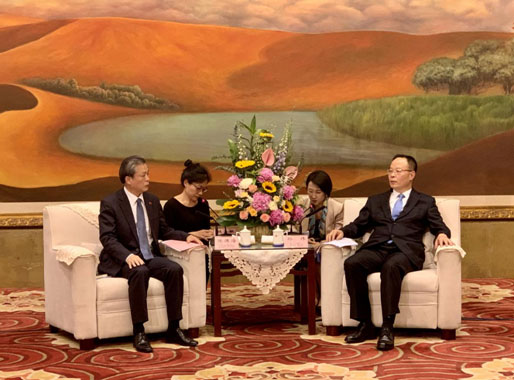 Mr. Sun Wei welcomed the delegation on behalf of the Gansu Provincial Government and thanked ACC and the AMS embassies and media in China for their strong support for Gansu's economic and social development and opening-up. He said Gansu, located at aprime location along the ancient Silk Roads, is a large province in western China with a long history and rich culture, a vast and diverse geography, and a broad and promising development prospect. At present, Gansu is focusing on the construction of the southbound corridor and actively promoting cooperation with AMS in trade and investment. Gansu looks forward to working with AMS to further elaborate the strengths and advantages of the province, strengthen mutual cooperation and achieve mutual benefits. The delegation's visit to Gansu is an important step to enhance relationship between Gansu and ASEAN. He hopes that the delegation will further reinforce its understanding of Gansu and actively promote and publicize the province, so that it can play a greater role in the development of ASEAN-China relations.

Mr. Chen Dehai expressed his gratitude to the provincial government and cities of Gansu for the thoughtful arrangements made for the visit. He briefly introduced the achievements of ASEAN-China relations. He said the 2021 ASEAN-China Media Cooperation Forum recently held in Beijing had created a good atmosphere for deepening ASEAN-China relations. The "Mogao Caves Meet Angkor Wat"cultural exhibition held during the forum was a highlight. With its rich historical and cultural resources, Gansu Province is gaining momentum and playing an increasingly prominent role in the Beltand Road international cooperation.The friendship between Gansu and ASEAN continues to grow, with both sides deepening economic and trade cooperation and people-to-people exchanges through platforms such as the China Lanzhou Investment and Trade Fair and the Silk Road (Dunhuang) International Cultural Expo. As always, ACC will actively contribute to the development of cooperation between Gansu and ASEAN. He hopes that through this event, ASEAN friends can better perceive, understand and publicize Gansu, and further promote cooperation between Gansu and AMS in various fields.

Mr. Chern Lea Keong, Minister Counsellor of the Malaysian Embassy in China, expressed his gratitude on behalf of the AMS embassies to ACC, the China International Publishing Group (CIPG) and Gansu Province for organizing the visit. He said 2021 marks the 30th anniversary of ASEAN-China dialogue relations and the ASEAN-China Year of Sustainable Development Cooperation. This year will certainly open a new phase in the development of relations between the two sides. Facing the COVID-19 pandemic, ASEAN and China stick together, which fully proves a Malaysian proverb meaning climbing the hill together and going down the ravine together. It is believed that this visit to Gansu, with the theme of "Sustainable Development and Cultural Diversity", will further promote social, economic and cultural exchanges between ASEAN and China and foster new developments in their relationship.

This year is the fourth consecutive year that ACC has organized familiarization trip for AMS diplomats and correspondents in China to visit provinces and cities outside of Beijing. During their stay in Gansu, the delegation will visit Lanzhou, Zhangye, Jiayuguan and Dunhuang. The trip is co-hosted by ACC and CIPG and organized by China Report Press under CIPG. 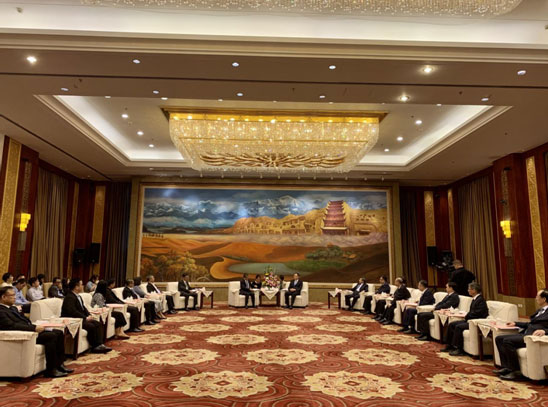