Mr. Martin Andanar, Secretary of the Presidential Communications Operations Office of the Philippines, said in a video message that focusing on media cooperation and regional development, the forum is designed to create more diverse avenues among participating countries to deepen mutual understanding and promote media cooperation. This will enable both sides to promote regional development in a unified and orderly manner. 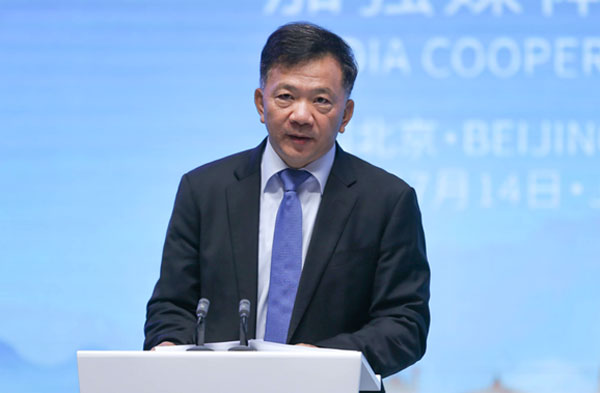 Mr. Shen Haixiong said media has been playing an irreplaceable role in promoting steady and sustained advancement of ASEAN-China relations. In recent years, CMG and media organizations of AMS have been engaged in multi-dimensional and multi-level exchanges and cooperation, which has effectively promoted mutual understanding between both sides. He looks forward to seeing more AMS media organizations joining CMG in telling China Stories, ASEAN stories and stories about ASEAN-China exchanges and cooperation in an objective and faithful way. 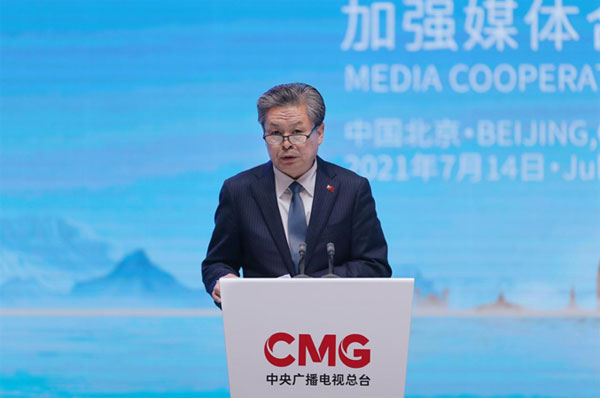 Mr. Chen Dehai said since the establishment of the dialogue relations between ASEAN and China 30 years ago, the relationship between the two sides has achieved rapid development and has become a successful model of regional cooperation in the Asia-Pacific region. At present, the two sides are focusing on the post-epidemic era, strengthening the synergy of development plans, deepening practical cooperation and people-to-people exchanges in various fields, and striving to build a higher-level ASEAN-China strategic partnership. He believes that standing at a new historical starting point, ASEAN-China relations have a broader prospect for the future with great potential lying ahead for media cooperation between the two sides. 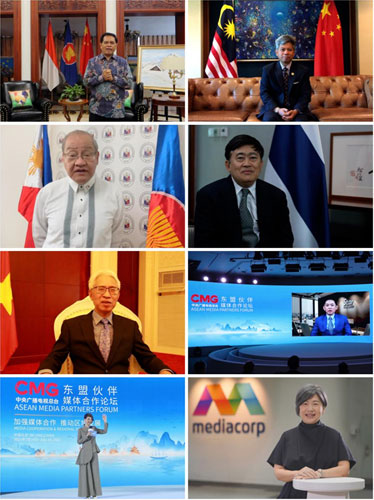 Mr. Djauhari Oratmangun, Ambassador of Indonesia to China, Mr. Raja Nushirwan Z.A., Mr. Jose S. L. Sta. Romana,  Mr. Arthayudh Srisamoot, Ambassador of Thailand to China, and Mr. Pham Sao Mai, Ambassador of Viet Nam to China, sent video messages to the forum. Mr. Alex Yew Wai Siaw, Group Chief Executive Officer of the Star Media Group in Malaysia, and Ms. Tham Loke Kheng, Chief Executive Officer of Mediacorp from Singapore, delivered video speeches. They congratulated the forum and engaged in discussions with other guests around media and regional cooperation. Everyone agreed that since the establishment of dialogue relations between ASEAN and China, the media has played a huge role in advancing bilateral cooperation. Under the new situation, the role of the media has become increasingly important. It is necessary to further strengthen mutual learning between the media of both sides, deepen cooperation in the media industry, better respond to the challenges of the pandemic, and make greater contributions in promoting social and economic development and people-to-people bonds in the region. 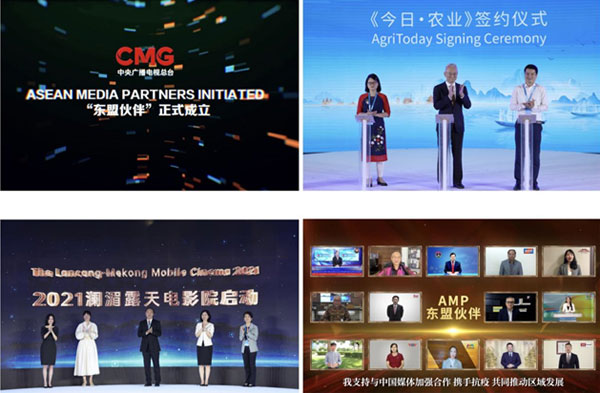