On 7 September 2021, the 2021 BRICS Forum and Exhibition on Partnership on New Industrial Revolution was held in Xiamen, Fujian Province. The event was co-hosted by the Ministry of Industry and Information Technology of China, the Chinese Council of the BRICS Think Tank Cooperation, the People's Government of Fujian Province and the Municipal People's Government of Xiamen. Mr. Yin Li, Secretary of the CPC Fujian Provincial Committee, Mr. Xiao Yaqing, Minister of Industry and Information Technology of China, Mr. Wang Ning, Governor of Fujian Province and diplomatic envoys of relevant countries to China attended the opening ceremony and delivered speeches. During the event, the inauguration ceremony of the BRICS Partnership on New Industrial Revolution Innovation Centre was also held. 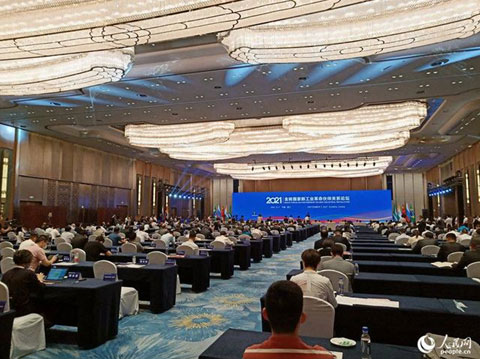 The theme of the forum and exhibition is “Join hands in innovative cooperation to promote the stable and smooth functioning  of global industrial and supply chains”. The forum and exhibition focused on industrial and supply chains policy planning, optimal timing, green transformation and talent training of BRICS countries to conduct communication and exchanges. Mr. Guo Chuanwei, Director of the Trade and Investment Division of the ASEAN-China Centre (ACC), attended the event upon invitation.

In addition to the exhibition and sub-forums in various fields, activities such as the Competition on Promoting BRICS Industrial Innovation and Cooperation were also held. In order to expand the influence of regional cooperation, this year's exhibition highlights “BRICS+” by increasing exhibition area for non-BRICS countrie. ACC set up a  booth at the exhibition upon invitation. 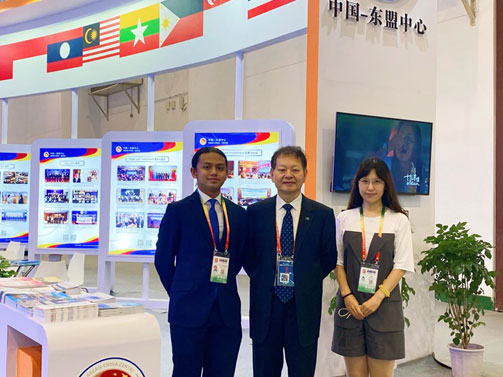 Through billboards display, video broadcast, bilingual brochures and publications distribution as well as on-site introduction, the ACC booth presented the functions of ACC and its achievements in promoting friendly exchanges and practical cooperation in the fields of trade, investment, education, culture, tourism, as well as information and media between ASEAN and China. The booth also carried out interactions with visitors through new media platforms such as WeChat and Weibo, attracting many visitors to visit, make enquiries and take photos.