To celebrate the 30th anniversary of ASEAN-China Dialogue Relations, and the ASEAN-China Year of Sustainable Development Cooperation, the “ASEAN Guest of Honour” Project of the 11th Beijing International Film Festival (BJIFF) was successfully held from 23 to 25 September 2021. The ASEAN-China Centre (ACC) was invited to be the supporter of the project. 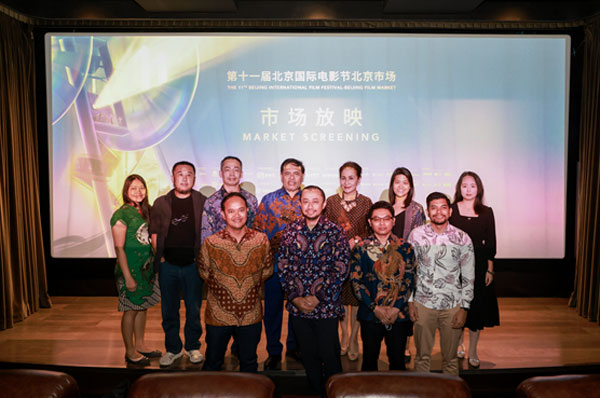 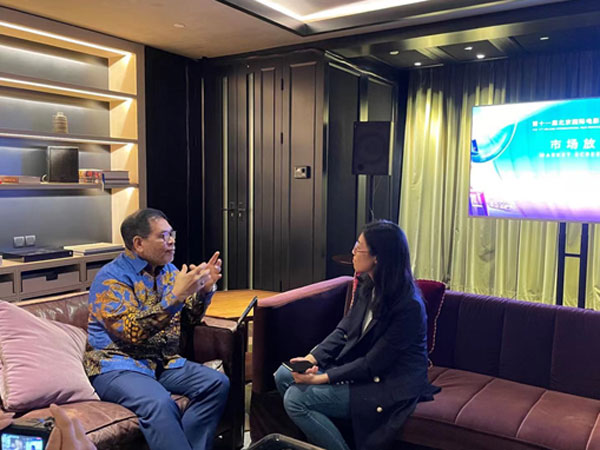 Ambassador Djauhari Oratmangun said that the screening of Indonesian films during the BJIFF should be attributed to the joint efforts of ACC, the Embassy of Indonesia in China and the film organisations of both sides. People-to-people exchanges is one of the important pillars of the relations among nations. Based on real life, movies express the common feelings and values of human beings and can deepen the mutual understanding between people of different countries. Indonesia and China are comprehensive strategic partners. In recent years, film and television exchanges of both sides have become increasingly close. He hopes to see more high-quality Indonesian films being screened in Chinese cinemas, so as to deepen people-to-people exchanges between the two sides.

This year's BJIFF was hosted by the People's Government of Beijing Municipality and China Media Group under the guidance of the China Film Administration. The Beijing Film Market (BFM) section of the BJIFF launched the “ASEAN Guest of Honour” Project for the first time, featuring two ASEAN member States (AMS) --Indonesia and Thailand, and invited the representatives from the Embassy of Indonesia in China and the Royal Thai Embassy in China as well as film organisations of the two countries to participate in several activities of BJIFF for facilitating two-way cooperation, such as Online Exhibition, Briefing of Film Industry Policies, and Market Screening. Mr. Yaya Sutarya, Education and Culture Counsellor of the Embassy of Indonesia in China, introduced the general situation and related policies of film shooting in Indonesia.

Film companies recommended by the Royal Thai Embassy in China showcased a number of Thai movies during the Online Exhibition, covering different genres such as comedy, fantasy, thriller, horror, romance, and animation. Two Indonesian movies, Susi Susanti: Love All and A Man Called Ahok, were selected to meet with guests and buyers during the first Market Screening. Both movies are biopics about contemporary Indonesian legends, with excellent audio-visual effects, reflecting the mature film production level. Founded in 2011, BJIFF offers a variety of activities including “Tiantan Awards”, Opening Ceremony, “Beijing Film Panorama”, Beijing Film Market, Film Carnival, and Closing & Awards Ceremony. The Beijing Film Market (BFM) of the BJIFF launched the “ASEAN Guest of Honour” Project for the first time, aiming at further strengthening the ties between ASEAN and China in the cultural industry, especially the film industry, and deepening friendly exchanges and practical cooperation between the two sides.