On 17 September 2021, the Closing Ceremony of the 2021 Leadership Training for Indonesian Principals was held online. Mr. Siswantoyo, Rector of Universitas Negeri, Mr. Tutut, representative of the trainees, Mr. Praptono, Director of Teacher and Educational Personnel, Mr. Dino R. Kusnadi, Deputy Chief of Mission (DCM) of Indonesia to China, Mr. Chen Dehai, Secretary-General of the ASEAN-China Centre (ACC), and Ms. Yu Tianqi, Deputy Director-General of the Centre of Language Education and Cooperation (CLEC) of the Ministry of Education of China, attended and addressed the ceremony.

Mr. Chen Dehai stated that in these years we have seen deepening educational exchanges and cooperation between China and Indonesia. As the starting point of lifelong education and a fundamental way to improve the quality of the whole population, elementary education has set higher standards for principals in terms of global vision, leadership and professional competence. As the only intergovernmental international organisation co-established by China and ASEAN Member States (AMS), ACC is ready to continuously make joint efforts with the Ministry of Education and Culture of Indonesia, the Embassy of Indonesia to China, CLEC and other organisations, to promote practical educational cooperation in the field of education between the two countries, expand social and people-to-people exchanges, enhance mutual understanding and friendship between the two peoples, and make new progress in bilateral relations. 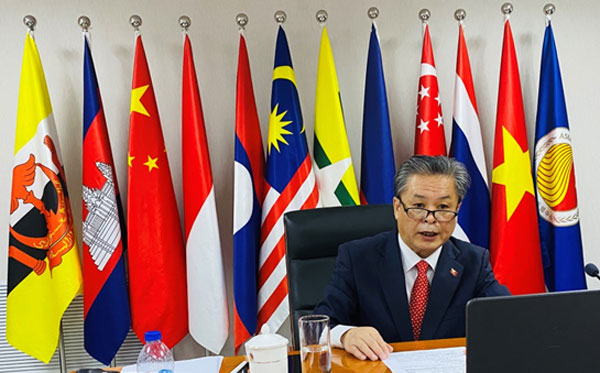 According to Mr. Siswantoyo, opening up a new chapter for the educational cooperation between China and Indonesia, this online training has enabled the participants to improve their leadership and professional competence and put into practice what they had learned. Therefore, this online training is of great significance. 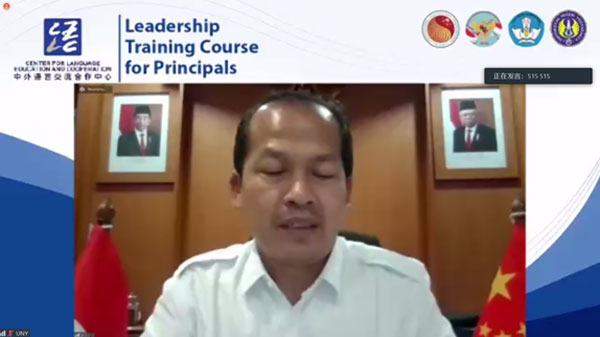 Mr. Tutut expressed his gratitude for the valuable knowledge and experience he gained in the training, during which he has not only developed a more profound understanding towards the education system and culture of China, but also established deep friendship with other participants. 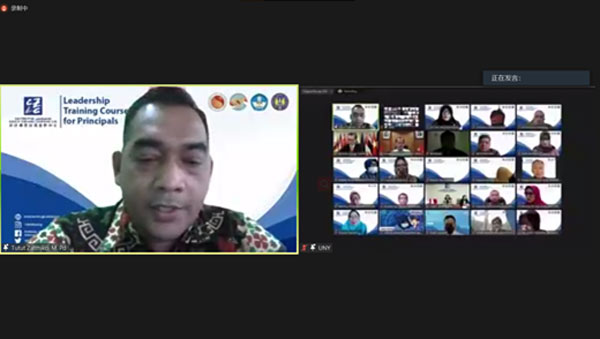 Mr. Praptono spoke highly of the training. He stated that the activity could serve as a boost to the leadership of Indonesian principals, which would further promote the development of education industry at large. He expected for more cooperation projects of its kind in the future. 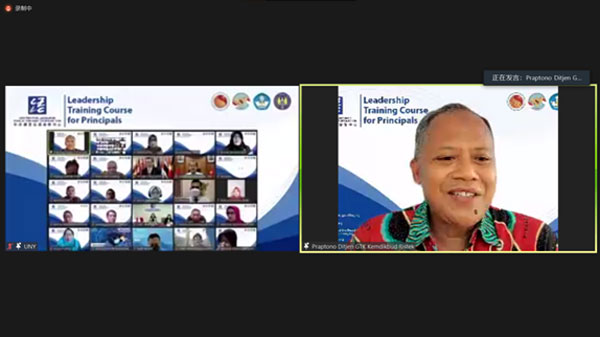 Mr. Dino R. Kusnadi highlighted the significance of this training. Beyond education and teaching, it represented an added-value that inspired the participants to consider on the ways to promote bilateral relations through education under such unprecedented challenges. He stated that as complementary partners, Indonesia and China should join hands with each other to seek for win-win cooperation. 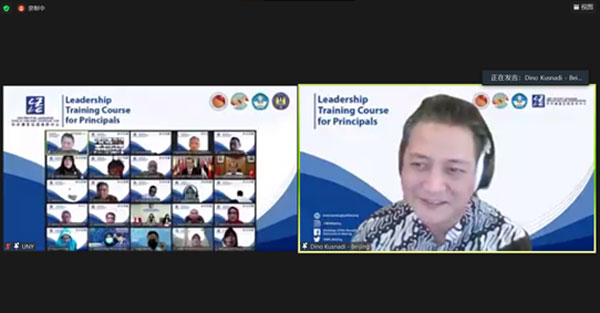 Ms. Yu Tianqi pointed out that this training was a new attempt in terms of the practical cooperation between China and Indonesia in the field of education. With the increasingly close educational collaboration between the two sides, she hoped that educators from both countries could learn from each other and work to improve the openness and inclusiveness of the world. 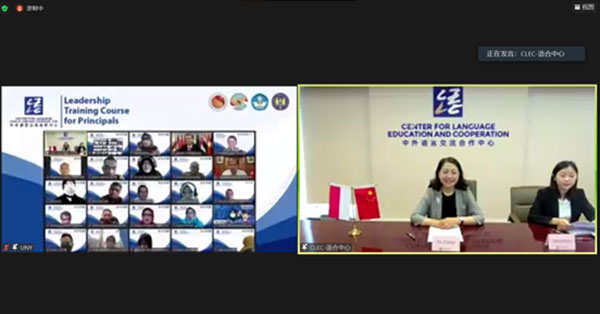 This training successfully provided a platform for educators from both sides to draw upon experience of each other, build consensus, and deepen cooperation. It will further promote people-to-people exchanges and mutual understanding and trust between the two countries.