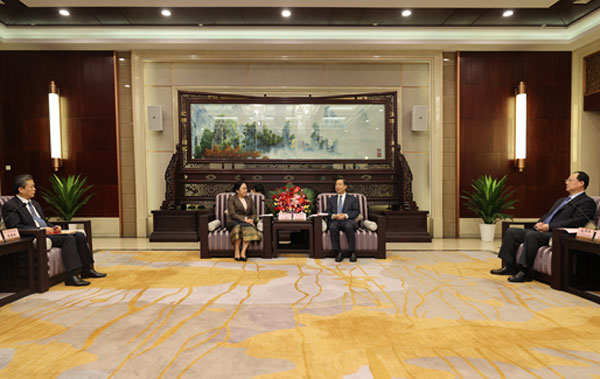 Secretary Xu Dazhe extended a warm welcome to Ambassador Khamphao, Secretary-General Chen Dehai and the delegation. He said that Hunan has actively responded to COVID-19 response with good outcomes, and maintained a sound economic and social development. Now Hunan is vigorously implementing its development strategies to advance the modernization process and further open up to the outside world. China and Laos are friendly neighbors, and their comprehensive strategic partnership has been expanding over the past years. The friendly cooperation between Hunan and Laos is becoming even closer. Hunan will further deepen the relationship with Laos, and will exert more efforts to facilitate high-level mutual visits, sister city interactions, economy and trade collaboration, people-to-people exchanges, agricultural development cooperation, and co-fighting the pandemic to attain more fruitful outcomes.

Ambassador Khamphao expressed her honor to pay a visit to Hunan in the year marking both the 100th Anniversary of the founding of the Communist Party of China and 60th Anniversary of the establishment of diplomatic relationship between Lao PDR and China. Laos values the friendly exchanges and cooperation with Hunan greatly. The two sides have scored sound results from their cooperation in the areas of economy and trade, education, infrastructure and anti-pandemic efforts in the past years. The establishment of the Consulate General of Lao PDR in Changsha serves as a new milestone in the history of Laos-China cooperation. The Lao Embassy in China and its Consulate General in Changsha will join hands with Hunan to vigorously push forward more in-depth practical collaboration in more fields, and further deepen the Laos-China comprehensive strategic partnership.

Secretary-General Chen Dehai expressed thanks to the CPC Hunan Provincial Committee, Hunan Provincial People’s Government and relevant institutions for their strong support to ASEAN-China friendship and cooperation. He also lauded the achievements of economic and social development in Hunan. He noted that in recent years, ASEAN-China relations and Laos-China comprehensive strategic partnership have been deepening continuously, and the completion of Laos-China railway will be of great significance. Hunan’s friendship and cooperation with ASEAN especially Lao PDR have been making fast progress. Ambassador Khamphao’s visit is bound to further boost the development of the relationship between the two sides. ACC regards Hunan as an important partner, and will care, promote and support Hunan as always, by facilitating exchanges and cooperation between Hunan and ASEAN countries including Lao PDR to bear more fruits. 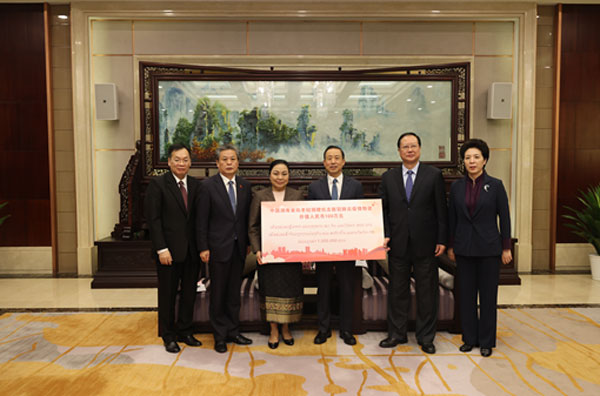 Following the meeting, Secretary Xu Dazhe donated one million RMB of anti-COVID supplies to Lao PDR on behalf of Hunan.