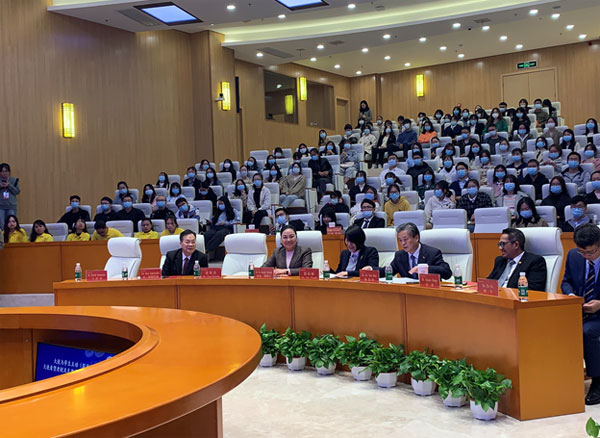 Professor Tang Xianqing extended sincere greetings and warm welcome to Ambassador Khamphao Ernthavanh. He said China and Lao PDR are linked by mountains and rivers, and   China and ASEAN share close affinity and a longstanding friendship. In the fight against the COVID-19 pandemic, Hunan and AMS sister cities, along with other related organisations, have been supporting each other through the challenging times and further consolidated the foundation of friendly exchanges. He noted that the university will uphold the motto of “being humane, caring, excellent and industrious” and the spirit of openness and tolerance, foster cooperation and exchanges with talents of different cultural backgrounds from all around the world and thus create an atmosphere where “a hundred flowers blossom and a hundred schools of thought contend”. Ambassador Khamphao Ernthavanh delivered a speech on the topic of “30th Anniversary of ASEAN-China Dialogue Relations and 60th Anniversary of Laos-China Diplomatic Relations”. She elaborated on the development of ASEAN, ASEAN-China relations and Laos-China relations and introduced the exchanges and cooperation between ASEAN and China over the past 30 years in fields such as political security, economy and socio-culture. She stressed that ASEAN-China relations are of great significance to safeguarding the well-being of the people of both sides and promoting peace and prosperity in the region and the world. The two sides should continue to work together to fight against the COVID-19 pandemic, promote economic recovery and advance ASEAN-China relations to a new level. She noted that the friendship between Lao PDR and China dates back to ancient times. Since the COVID-19 outbreak, China has provided strong support to Lao PDR. Leaders from the two governments are keeping interactions by video and telephone conference, and the two sides have kept a momentum of cooperation and continuously been enriching the comprehensive strategic partnership and the community with a shared future between Lao PDR and China. 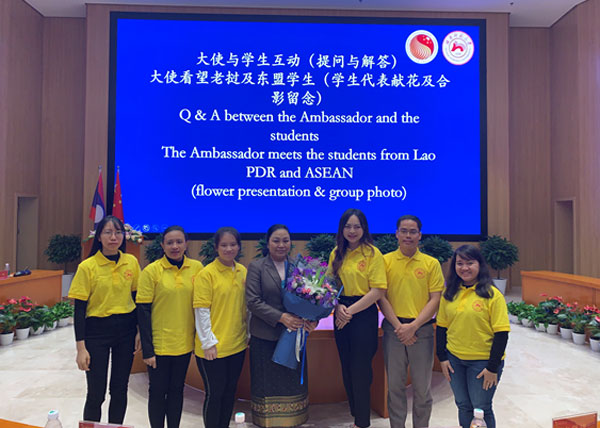 Prior to the lecture, Mr. Liu Qijun, President of the Hunan Normal Unviersity, met with Ambassador Khamphao Ernthavanh and the delegation. He said Ambassador Khamphao Ernthavanh’s visit will help consolidate the traditional friendship between China and Lao PDR and promote cooperation between universities of the two countries. He expressed hope that the university could further expand academic and people-to-people exchanges with Lao universities and inject new impetus into the friendly exchanges between China and Lao PDR. 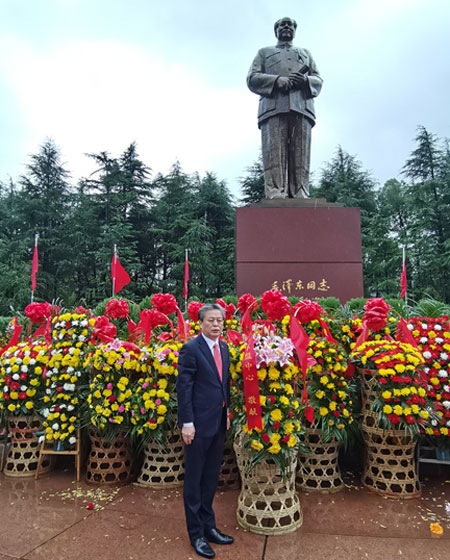