On 16th November 2021, the solo exhibition titled “Along Her Way: Colorful Life on Canvas” for Mrs. Elsiwi Oratmangun, wife of the Indonesian Ambassador to China, was opened in Beijing. Ambassadors and their spouses from more than ten countries were present at the ceremony, including Brunei, Malaysia, the Philippines, Singapore, Thailand, Jordan, the United Arab Emirates (UAE), Romania, Uruguay and Colombia. Mr. Chen Dehai, Secretary-General of the ASEAN-China Centre (ACC), attended and addressed the opening ceremony. 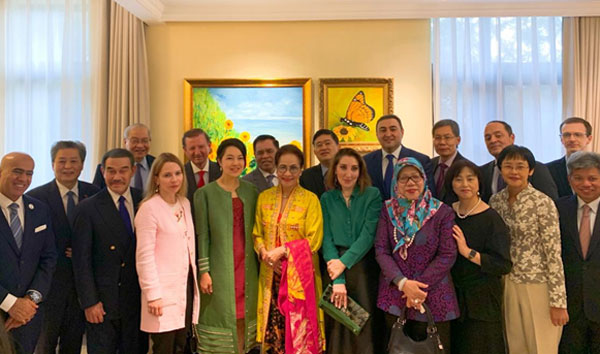 Mr. Chen Dehai thanked Mrs. Elsiwi Oratmangun for her contributions to promoting people-to-people exchanges between ASEAN and China, as well as for her long-standing support to ACC. He stated that painting is an art that connects people’s hearts and transcends borders. Mrs. Oratmangun’s art works combine eastern and western techniques and reflect the beauty of nature and the diversified cultures of the world. He emphasised that ACC is committed to promoting people-to-people exchanges between ASEAN Member States (AMS) and China, and would join hands with all parties to facilitate more such events to further enrich the ASEAN-China comprehensive strategic partnership. 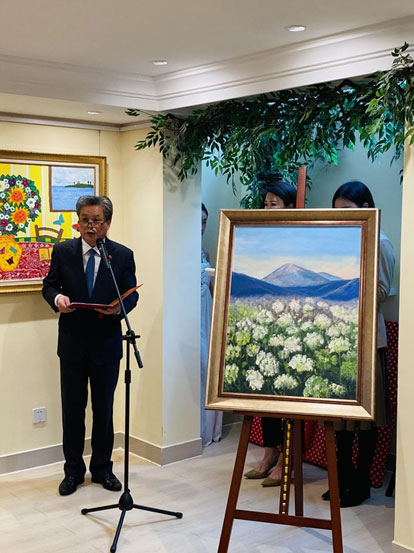 Mrs. Elsiwi Oratmangun said the long history, rich culture and abundant landscapes of China were an inspiration for her paintings. She expressed willingness to continue to deepen the friendship between Indonesia and China and among peoples of different countries through painting. Mr. Djauhari Oratmangun, Indonesian Ambassador to China, expressed his appreciation for the presence of all guests. He recalled the touching stories of him and his wife during their marriage and diplomatic career. The couple then sang with great affection a Mandarin song called The Moon Represents My Heart. 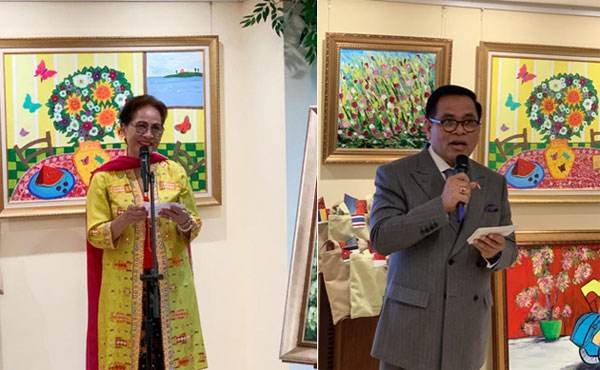 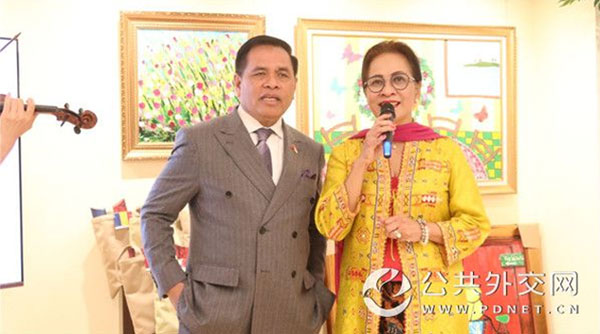 The guests praised on Mrs. Elsiwi Oratmangun’s art works and spoke highly of her strengthening cultural ties between Indonesia and the host countries, and displaying the charm of contemporary Indonesian women through her paintings with deep insight into the local cultures and landscapes. 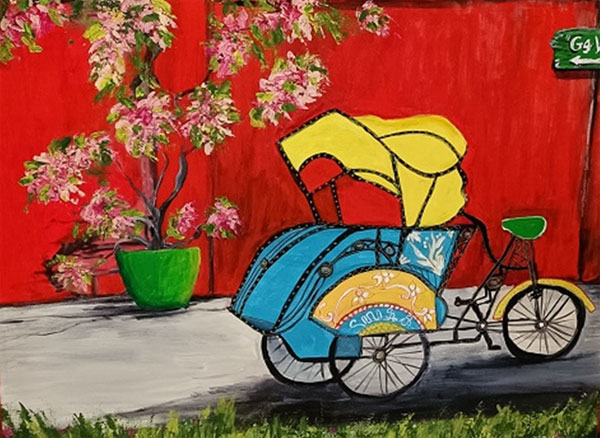 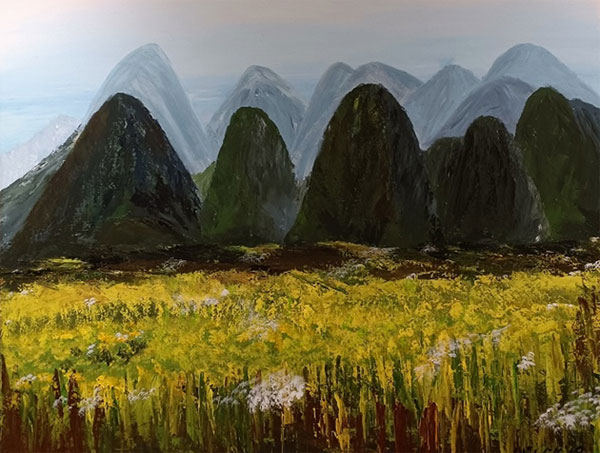 The exhibition is held at the CNTY Beijing office, Liangmaqiao D.R.C. It is open to the public free and will last until the end of this year.