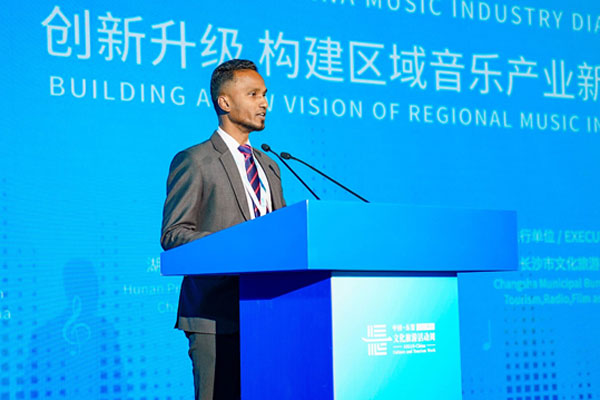 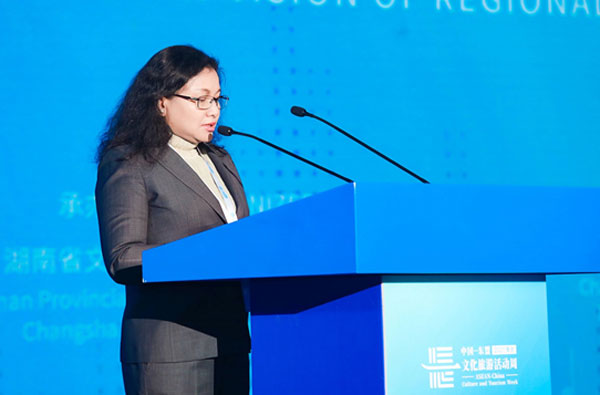 The theme of the dialogue is “Building a New Vision of Regional Music Industry”. Mr. Zhang Xilong, Deputy Director-General of the Bureau of International Exchanges and Cooperation of the Ministry of Culture and Tourism of China, Mr. Sanmugan Subramaniam, DCM and Minister of the Embassy of Malaysia in China，and Ms. Rukmini Tri Setiati, Minister Counsellor of the Embassy of Indonesia in China, delivered speeches. Representatives from Tencent Music Entertainment Group, record companies, and experts in the music industry in ASEAN Member States (AMS) and China held discussions and shared experiences on topics such as “Cross-border Digital Music Industry” “ASEAN-China Musician Exchanges and Career Development Opportunities” “ASEAN-China Cooperation in Music Contents Production” “ASEAN-China Music Exchanges from an Academic Perspective” “New Business Format of Music Industry in ASEAN Member States” and “Tourism Destination Creation through Music Elements”. Singers from ASEAN and China presented wonderful music performances. 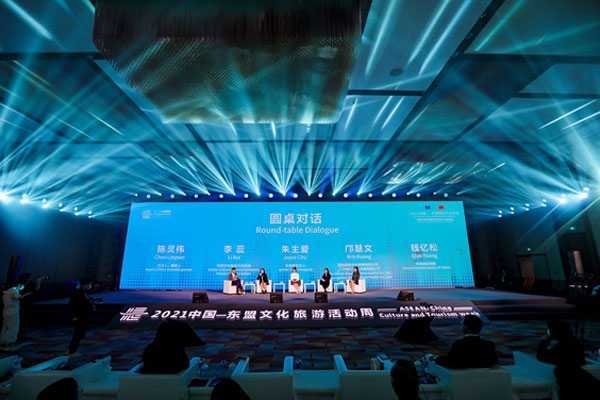 The ASEAN-China Music Industry Exchange Activity is one of the series activities under the framework of the 2021 ASEAN-China Culture and Tourism Week. It is composed of 3 parts, namely the ASEAN-China Music Industry Dialogue, Theme Song Production and Theme Songs List Promotion. It aims to celebrate the 30th anniversary of ASEAN-China dialogue relations and take music as the link to advance the integration of and creative researches on ASEAN-China musical cultures, strengthen the practical cooperation between the two sides in the field of music industry, and promote the exchanges and mutual learning of civilisations in the region. 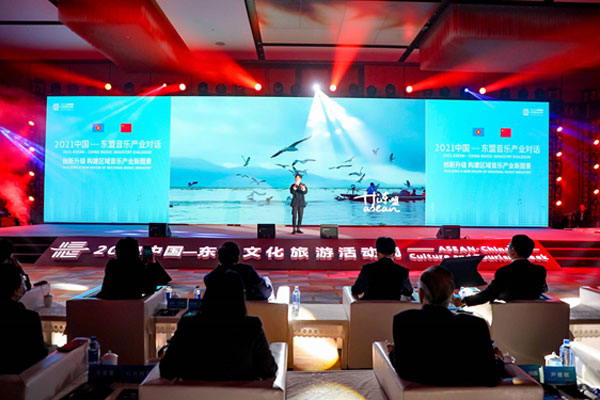 With the the Music Industry Dialogue successfully held, the ASEAN-China Music Industry Exchange Activity extended from offline to online. The outcome of the collection of original theme songs, organised by the Tencent Music Entertainment Group, was officially released. In addition to the theme song “Long Land and Sea Breeze”, 18 classic songs from the ten AMS were selected and released online through a feature webpage. 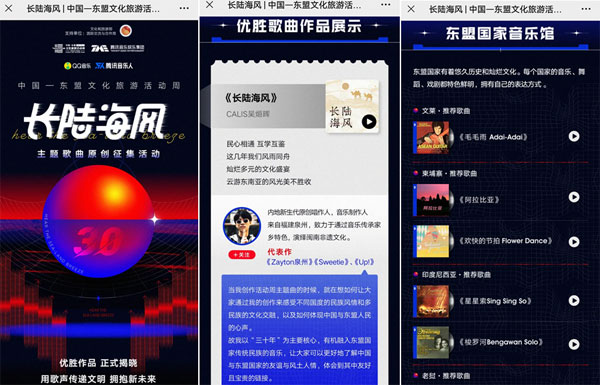 Anyone interested could scan the QR code below to visit the feature webpage and enjoy the long history and splendid culture of AMS and China through the wonderful music.