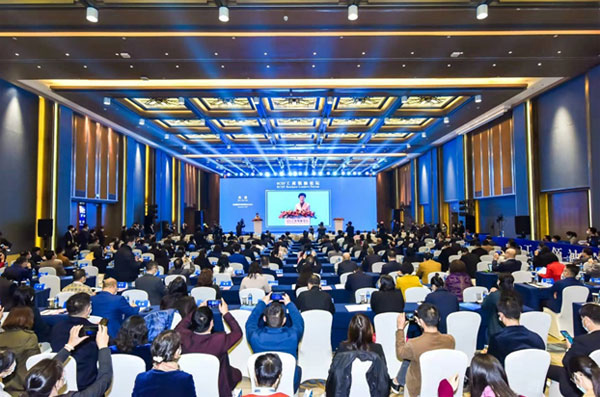 On 6 January 2022, co-hosted by the China Council for the Promotion of International Trade (CCPIT), Government of Guangxi Zhuang Autonomous Region of China, East Asia Business Council (EABC) and Cambodia Chamber of Commerce (CCC), the RCEP Business Leaders Forum was held in Nanning.

Mr. Zhang Shaogang, Vice Chairman of CCPIT, presided over the opening ceremony. Mr. Lan Tianli, Governor of the Guangxi Zhuang Autonomous Region, Ms. Gao Yan, Chairperson of CCPIT, and Mr. Chen Dehai, Secretary-General of the ASEAN-China Centre (ACC), attended and addressed the forum. Mr. Lim Jock Hoi, Secretary-General of ASEAN, Mr. Jerry Sambuaga, Vice Minister of the Ministry of Trade of Indonesia, Mr. Sinit Lertkrai, Deputy Minister of the Ministry of Commerce of Thailand, Mr. Neak Oknha Kith Meng, President of CCC, Mr. Hakhee Jo, Chairman of EABC and other guests participated in the forum by video link. Nearly 150 guests were present at the offline forum, including representatives from economic and trade authorities of RCEP member states, foreign embassies and consulates in China, business associations, enterprises and international organisations. The forum was simultaneously livestreamed with over one million online viewers. 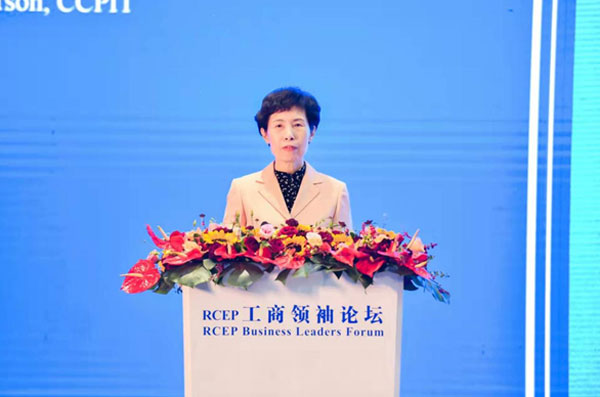 Chairperson Gao Yan said that RCEP is the most important achievement of the East Asian economic integration in the past 20 years. The entry into force and implementation of RCEP will improve the level of economic integration in the Asia-Pacific region, boost a substantial increase in intra-regional trade and investment, and consolidate and facilitate the integration of regional industrial chains, supply chains, and value chains. Under the new situation, the business community should seize this historic opportunity to support local enterprises to make the most of the RCEP commitments and rules in regard to market opening, and promote the high-quality development of trade and investment. Moreover, to enhance the competitiveness of regional manufacturing industry, it is also important to provide continuous supporting services for enterprises. 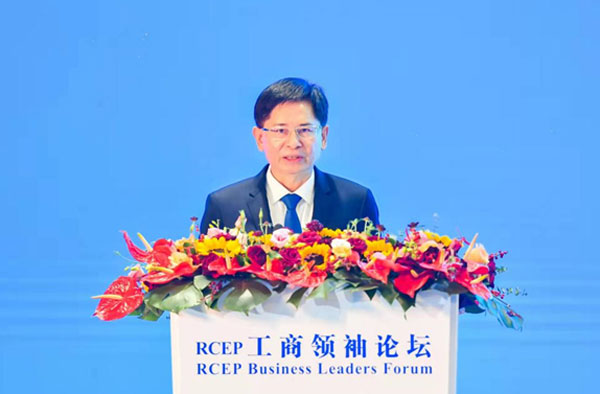 Governor Lan Tianli pointed out that Guangxi is an active participant and a real beneficiary in the economic and trade cooperation between China and RCEP member states. He stressed that Guangxi will work with all parties to implement high-quality RCEP, promote high-standard production capacity cooperation, and jointly build high-level New Land-Sea Corridor to further deepen practical cooperation among all parties and continuously promote regional prosperity and development. 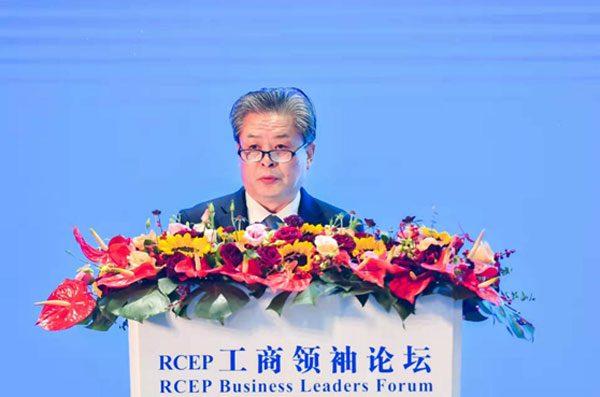 Secretary-General Chen Dehai mentioned in his speech that, initiated and led by ASEAN, RCEP has officially entered into force, which has opened up broader space for ASEAN-China cooperation. Under the RCEP framework, ACC will join hands with all parties and make unremitting efforts to strengthen ASEAN-China Comprehensive Strategic Partnership by building more cooperation platforms, boosting mutually complementary industrial cooperation and encouraging innovation and sustainable development in the key areas of cooperation between the two sides. 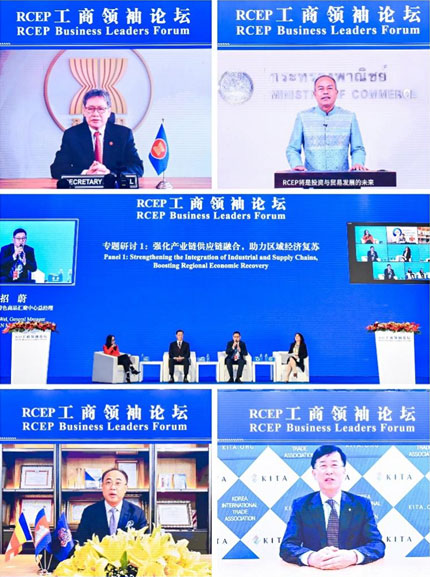 Secretary-General Lim Jock Hoi emphasised that RCEP is a catalyst for the region to rebound from the economic recession, while effective participation of the business community is the key to its success. He called upon the business community to establish stronger cooperative relationships with the governments of RCEP member states. In their speeches, representatives from economic and trade authorities and business associations of RCEP member states including Cambodia, Indonesia, the Lao PDR, Thailand, Japan and Republic of Korea expressed full confidence in further beefing up all-round cooperation under the RCEP framework and advancing the recovery of regional trade and investment.

Under the theme of “Cooperation in the New Era for Future Development”, guests of the forum shared insights on topics including “Strengthening the Integration of Industrial and Supply Chains, Boosting Regional Economic Recovery” “Advancing Investment Liberalisation and Facilitation, New Opportunities for Win-Win Cooperation” and “Promoting the Development of Service Trade Cooperation, Creating New Innovative Growth Drivers”. 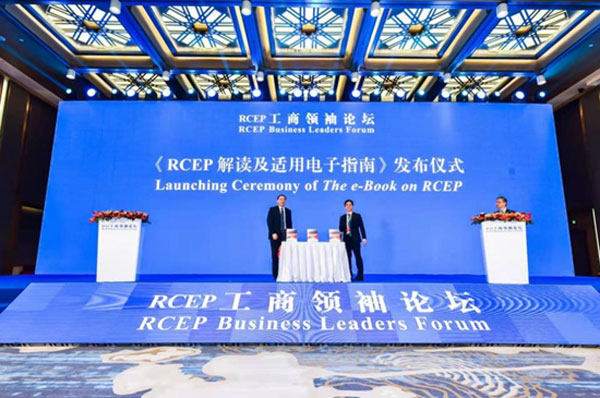 At the forum, the RCEP Business Advisory Council and the Guangxi Chamber of International Commerce RCEP Overseas Enterprise Service Centres were inaugurated. The forum also witnessed the release of the Nanning Initiative on Jointly Promoting RCEP Business Community Cooperation and the E-book on Interpretation and Utilisation of RCEP, as well as the signing ceremony of related cooperation projects. 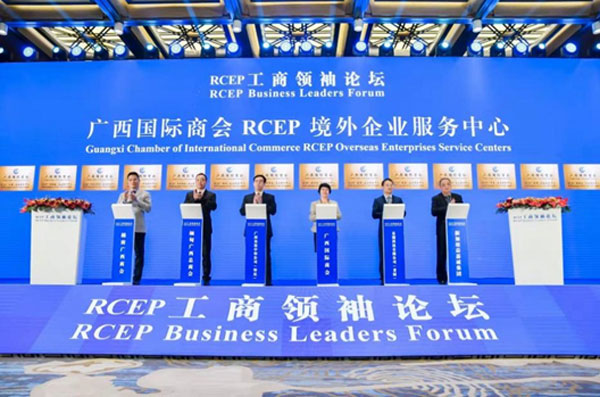