On 6 January 2022, Mr. Guo Chuanwei, Director of the Trade and Investment Division (TID) of the ASEAN-China Centre (ACC), attended 2022 Chengdu Roundtable on RCEP Economic and Trade Cooperation in Chengdu.

Under the guidance of the China Council for the Promotion of International Trade (CCPIT) and the Chengdu Municipal Government, with the support of ACC, the roundtable was co-hosted by the Training Centre of CCPIT/CCOIC (China Chamber of International Commerce) and CCPIT Chengdu Sub-council (Chengdu Municipal Bureau of Exposition). Mr. Ke Liangdong, Vice Chairman of CCPIT, Ms. Liu Xiaoliu, Member of the Standing Committee of the CPC Chengdu Committee, Mr. Guo Chuanwei, TID Director of ACC, and Mr. Kraisin Vongsurakrai, Chair of RCEP Working Group of East Asia Business Council and Secretary-general of Thailand-China Business Council, attended and addressed the opening ceremony. Around 100 guests were present at the scene, including Mr. Ling Fengjie, Director of CCPIT (CCOIC) Training Centre, Ms. Huang Li, Chairman of CCPIT Sichuan Sub-council, Mr. Li Changwen, Chairman of CCPIT Chengdu Sub-council, and representatives from Chinese government bodies, international organisations, diplomatic missions and business associations of RCEP member states, enterprises and media. Over 200,000 viewers watched the livestream of the meeting. Vice Chairman Ke Liangdong mentioned that the official entry-into-force of RCEP demonstrates that cooperation, openness, mutual benefit and win-win results are the common aspirations of all the countries in the Asia-Pacific region, and that the establishment of a fair, open, inclusive, transparent and rules-based regional and multilateral trade system is the joint choice of all related states. RCEP will further reduce trade costs, and promote trade facilitation and growth of trade and investment among countries in the region. It will further enlarge the trade creation effect and political, economic and cultural spillover effects brought by the existing FTAs. It will further enhance the deep integration of industrial chains, supply chains and value chains of the Asia-Pacific region, and create new momentum for regional economic development and global economic recovery. Ms. Liu Xiaoliu briefed the meeting on the economic and social development of Chengdu and its practical cooperation with foreign countries. She said Chengdu will take this roundtable as an opportunity to further strengthen economic and trade exchanges with RCEP member states, improve the trade and investment environment, and promote trade and investment liberalisation and facilitation, so as to tap the development potential and bring benefits to Chengdu and its people. 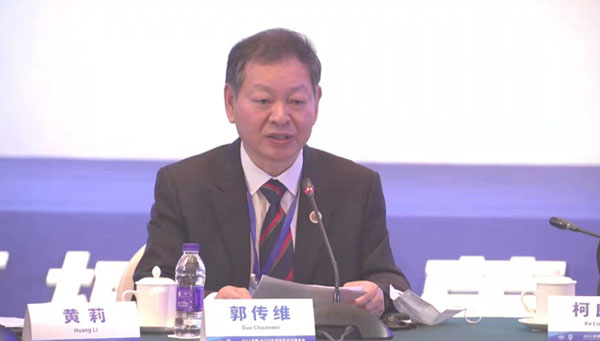 Director Guo Chuanwei said RCEP has started the implementation in 10 member states, including six ASEAN Member States (AMS) and four non-ASEAN countries, which means that the implementation of RCEP in AMS is currently only “half of a full moon”. He expressed hope that all parties will do their best to help RCEP enter into force in all the AMS as soon as possible to achieve expected goals and results. ACC will continue to play its role as a bridge and link and join hands with all parties to enhance communication with AMS and promote the implementation and utilisation efficiency of RCEP, so that enterprises can truly benefit from RCEP at an early date. 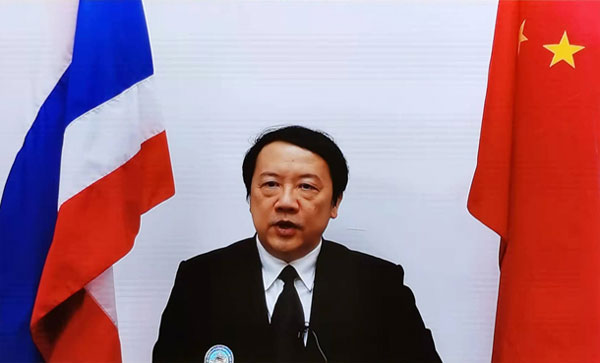 Mr. Kraisin Vongsurakrai pointed out in his video speech that the implementation of RCEP will raise regional strategic value, boost global economic development, further enhance trade liberalisation and facilitation, strengthen the multilateral trading system, and promote sustainable development. It is hoped that this roundtable will provide a platform for all parties to better communicate and cooperate and further promote regional economic and trade cooperation and development. Under the theme of “promoting regional prosperity and development, expanding cooperation and win-win space”, the roundtable aimed to build RCEP into a main platform for regional economic and trade cooperation and help enterprises to enjoy the policy dividends of RCEP more quickly. Representatives from CCID of the Chinese Ministry of Industry and Information Technology, Chinese Academy of International Trade and Economic Cooperation, Chengdu Customs District, Qingbaijiang District Government, China Construction Bank and diplomatic missions and business associations of Malaysia, Thailand, the Lao PDR, the Philippines, Republic of Korea, Japan and Viet Nam in China exchanged views and shared insights on topics including “implementing RCEP, promoting regional economic and trade business cooperation” and “integrating high-quality resources of various countries, reconstructing the regional industrial chain and value chain”.