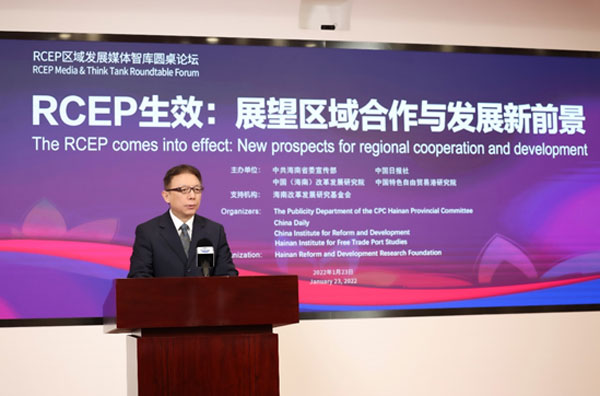 On 23 January 2022, the RCEP Media & Think Tank Roundtable Forum was held both online and offline in Haikou, Hainan Province. Mr. Zhou Shuchun, member of the Standing Committee of the CPPCC and Editor-in-Chief of China Daily, and Mr. Chi Fulin, President of the China Institute for Reform and Development and President of the China Institute for Free Trade Port Studies, attended the opening ceremony and delivered remarks. Mr. Arianto Surojo, Director of the Information and Public Relations Division of the ASEAN-China Centre (ACC), attended the forum online and made a presentation during Roundtable Two “Plans and actions of media & think tank cooperation for RCEP regional people-to-people exchanges”. 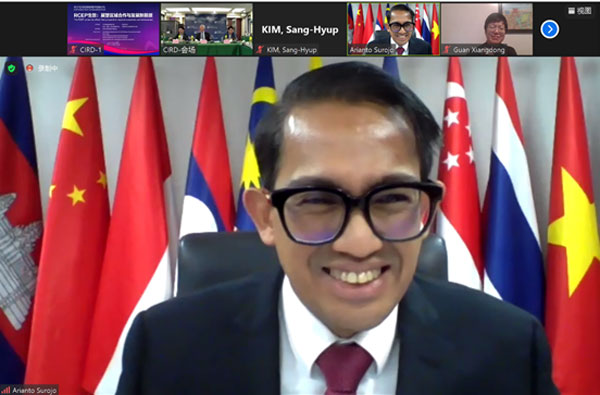 Mr. Arianto Surojo briefed the meeting on ACC’s flagship programmes related with media exchanges and collaboration. He noted that with the upgrading of ASEAN-China relations to a Comprehensive Strategic Partnership and the entry-into-force of the RCEP, ASEAN and China should join hands in improving media cooperation efficiency to better promote RCEP people-to-people exchanges. He said ACC is ready to play the role of bridge and bond, and looks forward to receiving greater support from all parties. 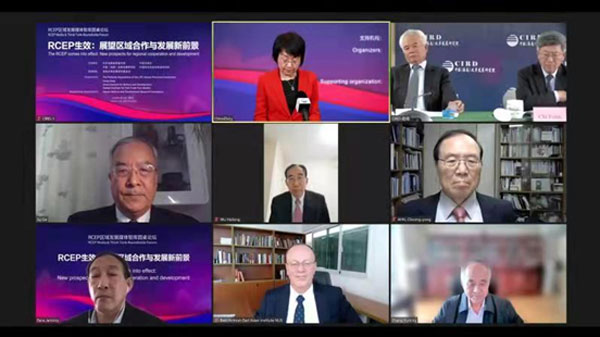 The forum was co-hosted by the Publicity Department of the CPC Hainan Provincial Committee, China Daily, the China Institute for Reform and Development and the Hainan Institute for Free Trade Ports Studies. More than 80 participants joined the meeting and held in-depth discussions under the theme of “RCEP comes into effect: new prospects for regional cooperation and development”. Among them were media and think tank representatives, scholars and experts from China, Republic of Korea, Cambodia, Malaysia, Singapore and Viet Nam.