On 15 April 2022, the 2022 Crabapple Blossom Festival was successfully held at the Former Residence of Soong Ching Ling in Beijing. Supported by the ASEAN-China Centre (ACC) and China Soong Ching Ling Foundation (CSCLF), the event was jointly organised by the Publicity Department of CPC Committee of Xicheng District of Beijing, the Bureau of Culture and Tourism of Xicheng District of Beijing and the Management Center of the Former Residence of Soong Ching Ling. Mr. Yu Qun, Vice President of CSCLF, and Mr. Chen Dehai, Secretary-General of ACC addressed the event via video. Mr. Yu Qun stated in his remarks that the two time-honored crabapple trees at the former residence of Soong Ching Ling, Honorary President of People’s Republic of China, have embodied the spiritual character of Mme. Song and witnessed the deep friendship between her and foreign leaders of the older generation as well as international friends. The collaboration of CSCLF and ACC aims to implement the consensus reached at the ASEAN-China Special Summit to Commemorate the 30th Anniversary of ASEAN-China Dialogue Relations, continue to make the work keep pace with the times, give full play to the advantages of the distinctive culture, and promote exchanges and mutual learning among different cultures. It will help to build a better understanding and bring hearts closer together among peoples, and jointly build a peaceful, safe, secure, prosperous, beautiful and amicable home. 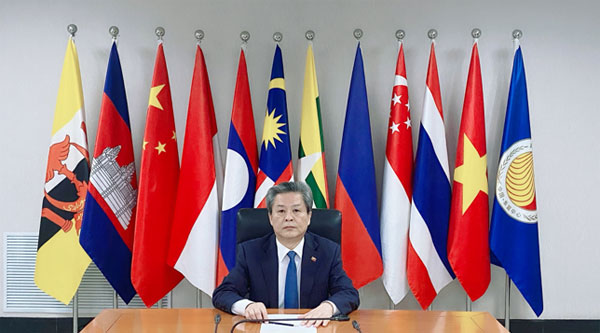 Mr. Chen Dehai emphasised in his speech that Mme. Soong Ching Ling was not only a great patriot of China, but also a great practitioner of ASEAN-China friendship. In the 1950s and 1960s, she visited several ASEAN Member States (AMS), and established profound friendship with leaders of those countries. Over the years, CSCLF has attached great importance to ASEAN-China relations, and made positive contributions to deepening people-to-people and cultural exchanges and promoting mutual understanding among peoples. At the new starting point of ASEAN-China relations, ACC is ready to join hands with all parties to share the future in the beauty of crabapple blossoms, and contribute to building a friendly home for ASEAN and China. 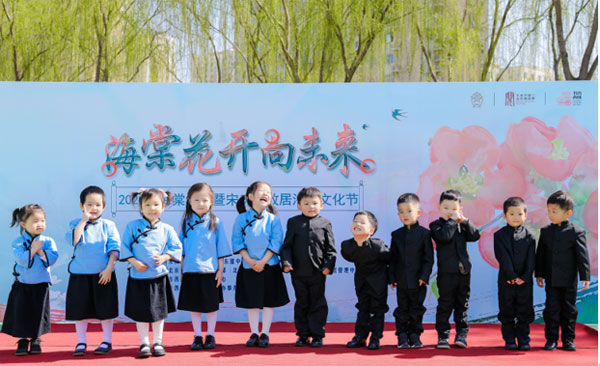 Themed by “Together for a Shared Future in the Beauty of Crabapple Blossoms”, the festival was comprised of 3 chapters, namely, “Pageant of Winter Olympics, Music of Silk Road and Together for a Shared Future”. Famous artists, TV presenters, children and staff from the former residence of Soong Ching Ling and Shichahai Sub-district of Xicheng District, Beijing participated in the event. The wonderful performances, such as poem recitation, singing, dancing, Kunqu opera and other forms of art, were presented to tell the touching stories about the Beijing Winter Olympic Games, display the happy life of Chinese people, and also to highlight the achievements owing to the win-win cooperation under the Belt and Road Initiative.

The Crabapple Festival at the Former Residence of Soong Ching Ling has been held consecutively since its launch in 2010, and 2022 marks its 13th anniversary. In early and mid-April of every year, the two ancient crabapple trees in the yard would bloom. Over the years, they are as gorgeous as ever. With flowers as a bridge and words as a link, all previous Crabapple Festivals have been attracting friends at home and abroad. In 2018, the ancient crabapple trees were honored as the “Crabapple King” of the capital by the people of Beijing. The event is streamed on CCTV website, NetEase Video, Tencent Video, Sina Video, Youku, TouTiao, Sohu Video, Zhihu and other online platforms. Anyone interested could scan the QR code below to watch the recorded event. 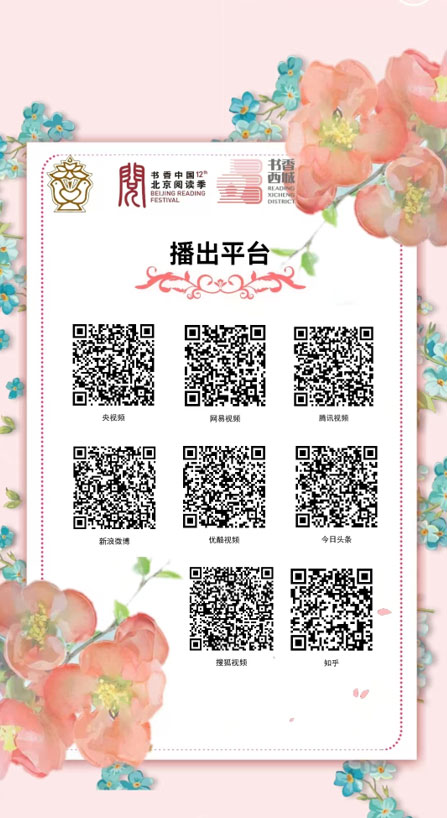