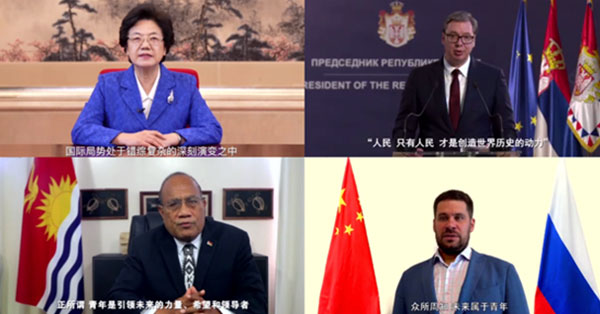 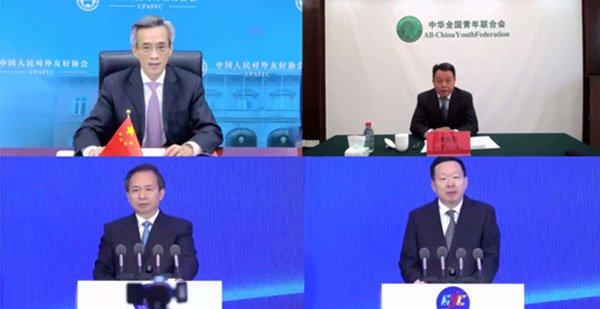 Following the opening ceremony, the Plaque Unveiling Ceremony for 10 achievements of GYC 2022, including the ASEAN-China (Shandong) Industry-University-Research Base for Vocational Education (hereinafter referred to as “the Industry-University-Research Base”), was successfully held. The Industry-University-Research Base is jointly built by the ASEAN-China Centre (ACC), the Foreign Affairs Office of Shandong Provincial Government (Shandong FAO) and Shandong Provincial Department of Education, aiming to build a platform for vocational colleges to promote exchanges and collaboration and deepen mutual learning, as well as to strengthen cooperation between ASEAN Member States (AMS) and China in fields of talent cultivation, integration between industry and education and transformation of research achievements. Mr. Wu Dajing, Chinese Outstanding Youth Representative and Winter Olympic Champion recorded a video of greetings for this session.

Mr. Chen Dehai, Secretary-General of ACC, sent a congratulatory letter to GYC 2022 upon invitation. He stated that Shandong is an important birthplace of Chinese civilisation and a province of strong economic and educational performance, marking a new height of opening up. Youth is the most active and vital force in society to promote social progress. ACC is dedicated to enhancing friendly exchanges and pragmatic collaboration in various fields. The Industry-University-Research Base will serve as a significant platform for the exchanges and cooperation among AMS vocational colleges and Shandong counterparts and further contribute to a closer ASEAN-China Comprehensive Strategic Partnership.