On 27 June 2022, the 2022 World Canal Cities Forum (hereinafter referred to as WCCF), co-hosted by the Ministry of Culture and Tourism of China and Jiangsu Provincial People’s Government, was held in Yangzhou, Jiangsu Province. It’s the first time that WCCF has been upgraded to an institutional forum at the national level. Mr. Yang Jiechi, Member of the Political Bureau of the CPC Central Committee and Director of the Office of the Central Commission for Foreign Affairs, attended and addressed the opening ceremony. Secretary of the CPC Jiangsu Provincial Committee and Chairman of the Standing Committee of the Jiangsu Provincial People’s Congress Wu Zhenglong, Vice Minister of the Ministry of Culture and Tourism of China Zhang Xu and other officials addressed the ceremony. Assistant Foreign Minister of China Xu Feihong and other guests attended the opening ceremony. 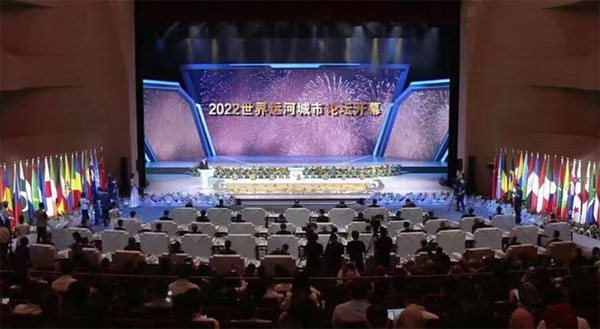 The theme of the 2022 WCCF is the protection and sustainable development of canal city’s heritage. The forum released the report on Yangzhou’s efforts to promote sustainable development in 2021 in line with the 2030 UN Sustainable Development Goals. Yangzhou was awarded the Model City in carrying out UN’s 2030 Sustainable Development Agenda. The forum adopted the Yangzhou Initiative on World Canal City Heritage Protection and Sustainable Development. More than 60 mayors or mayoral representatives of foreign canal cities, representatives of internationally renowned canal management organisations, experts and scholars from canal research institutions participated in the forum online. Political dignitaries and delegates from various sectors noted that the WCCF is an important platform for promoting international exchanges and cooperation, and it will strengthen experience exchange and sharing, promote friendship and cooperation among countries, and promote sustainable development and common prosperity.

The ASEAN-China Centre (ACC) assisted in inviting and organising representatives from the embassies of Indonesia, Lao PDR, Myanmar, the Philippines and Cambodia in China to attend the 2022 WCCF. They were accompanied by Ms. Wang Hongliu, Director of the General Affairs and Coordination Division and the tourism official from the Education, Culture and Tourism Division of ACC. 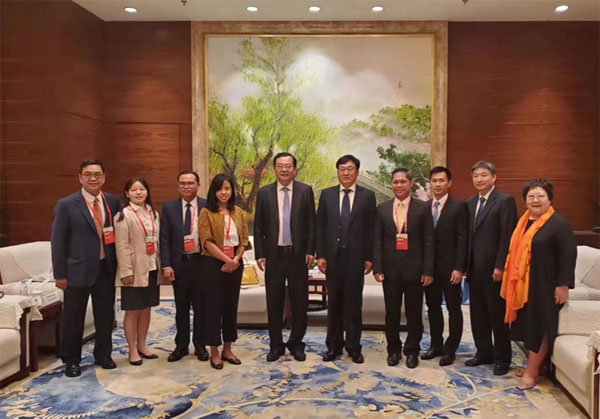 During the stay in Yangzhou, the delegates actively accepted media interviews and inspected local culture and tourism resources. ACC gave full play to its role as a bridge and link, and promoted the establishment of contacts between the embassies of AMS and various departments, universities and enterprises in Yangzhou to discuss future cooperation. On 27 June, Lixiahe Agricultural Science and Technology Institute of Yangzhou held a meeting with the delegates to exchange the application feasibility of One Rice Three Crawfish technology in AMS. Yangzhou University and Yangzhou Polytechnic College promised to provide scholarships to participating AMS and will carry out short-term training programs for AMS. 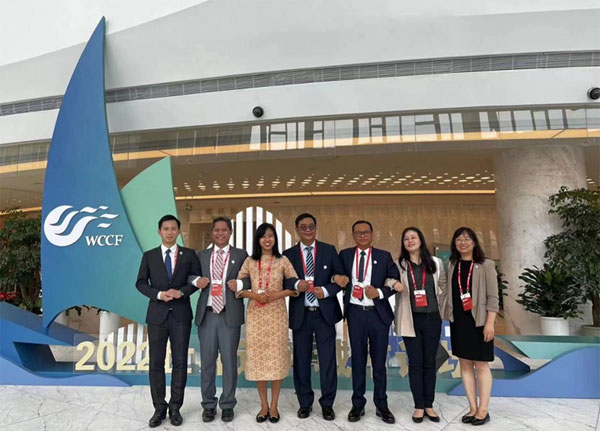