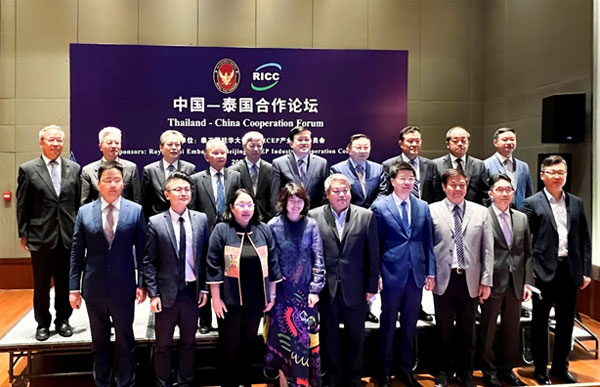 Ambassador Arthayudh Srisamoot said that 2022 marks the 10th anniversary of the establishment of a Comprehensive Strategic Cooperative Partnership between Thailand and China. Over the past decade, the bilateral relations have maintained a momentum of constantly vigorous development and kept moving forward. The economic and trade relations between the two sides became closer as well. Among the ASEAN Member States (AMS), Thailand is the third largest trading partner of China, and China has been Thailand’s largest trading partner for 9 consecutive years. The Regional Comprehensive Economic Partnership (RCEP) provides new opportunities for enhancing economic and trade cooperation between the two countries. In the future, Thailand will strengthen cooperation with local provinces and cities in China, making full use of the preferential terms and rules of free trade agreements including RCEP to expand the industrial chain and further integrate Thailand into the global value chain. Thailand is willing to increase policy interfacing with China to enhance cooperation in newly emerging industries such as low carbon development and environmental protection, and enrich “China and Thailand as one family” with abundant content. 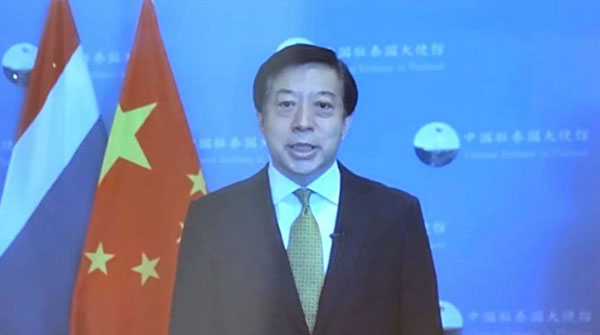 Ambassador Han Zhiqiang stated that China and Thailand are significant trading partners to each other. The two sides have overcome the impact of the pandemic, showing a strong momentum of development in economic and trade cooperation. With the implementation of RCEP and the promotion of development strategies in the two countries, China-Thailand mutually beneficial cooperation is faced with historic opportunities. The Thailand-China Cooperation Forum keeps pace with the times and provides a broader platform for China-Thailand cooperation. It is believed that with the joint efforts of both sides, China-Thailand relationship is bound to ride the wind and waves and forge ahead.

After the forum, SG Chen Dehai and Ambassador Arthayudh Srisamoot exchanged views on further enhancing cooperation between ACC and the Royal Thai Embassy.