On 8 September, the 2022 BRICS New Industrial Revolution Exhibition, instructed by the Ministry of Industry and Information Technology (MIIT) and co-hosted by the Center for International Economic and Technological Cooperation of MIIT and Xiamen Municipal People’s Government, officially opened in Xiamen, Fujian Province. ASEAN-China Centre (ACC) was invited to set up an pavilion at the Exhibition. 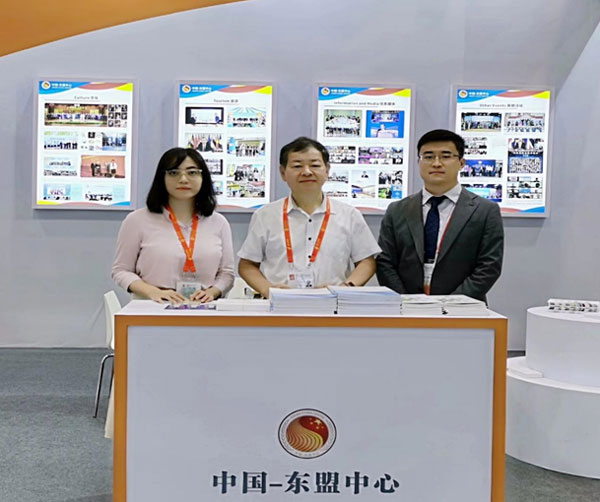 At the exhibition ACC officials introduced the work of ACC on promoting exchanges and cooperation between ASEAN and China in trade, investment, education, culture, tourism, and media and information to the audience through photo displays, video shows, bilingual publicity materials and publications, as well as live narration. There were also interactions with visitors through new media platforms such as WeChat and Weibo. ACC also organised some companies of ASEAN Member States to participate in the exhibition.