ACC Set up a Booth at the 19th CAEXPO

From 16 to 19 September 2022, the 19th China-ASEAN Expo (CAEXPO) was held in Nanning, Guangxi Zhuang Autonomous Region of China. The ASEAN-China Centre (ACC) set up a booth at the CAEXPO for the tenth consecutive year.

Through light box photos and English-Chinese bilingual materials including publications and videos, and also with the interpretation by on-site staff members, ACC booth gave a comprehensive introduction on ACC’s functions and missions and a vivid demonstration on its achievements in 2022, in promoting friendly exchanges and practical cooperation between ASEAN and China in the fields of trade, investment, education, culture, tourism and information and media. The “ASEAN-China Relations” prize contest was held at the booth through the Wechat public account of ACC, which attracted the enthusiastic participation of a large number of guests. Thousands of visitors stopped at the booth to visit, get publicity materials and interact with the staff in a warm atmosphere. 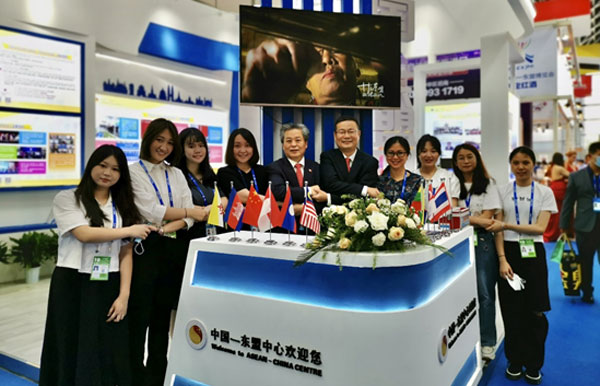 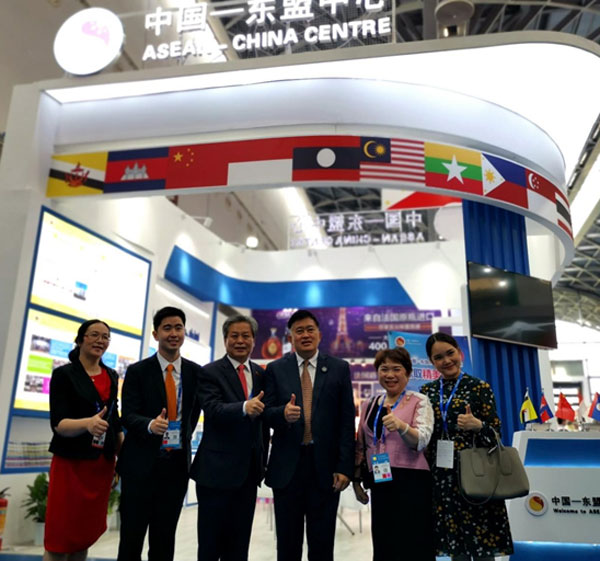 During the exhibition，ACC Secretary-General Chen Dehai visited ACC booth and interacted cordially with the guests on site. Mr. Djauhari Oratmangun, Ambassador of Indonesia to China, Mr. Arthayudh Srisamoot, Ambassador of Thailand to China and diplomats from other ASEAN Member States (AMS) visited the booth. Representatives of government departments, business associations and enterprises from local provinces and cities in China visited the ACC booth for friendly exchanges with ACC officials and deeper understanding of the functions of ACC. They had discussions on future cooperation opportunities, and exchanged views on how to expand the ASEAN market and deepen cooperation and exchanges between China and AMS in related fields. Media reporters from the Global Times, Guangxi Satellite TV and the publicity bureau of the CAEXPO visited the ACC booth. 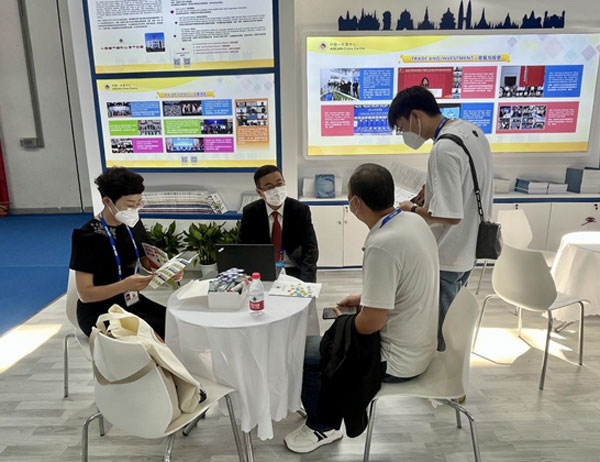 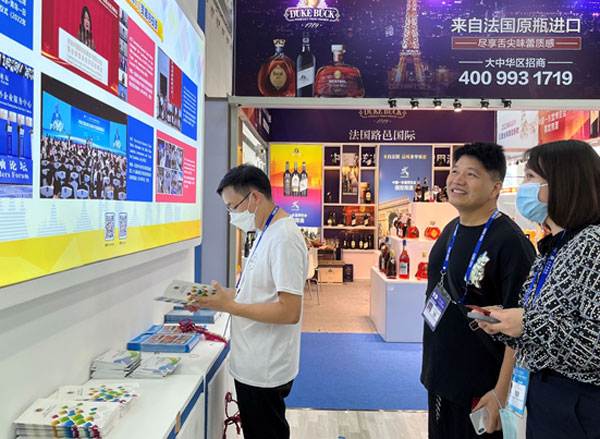 With the theme of “Sharing RCEP New Opportunities, Building a Version 3.0 China-ASEAN FTA”, the 19th CAEXPO aims to create more opportunities to further promote China-ASEAN economic and trade cooperation and exchanges. Malaysia was the country of honour for this year’s CAEXPO, and Republic of Korea was the specially invited partner. This year's CAEXPO adopts the mode of “CAEXPO on Cloud + physical exhibition”. For the first time, the physical exhibition has set up special exhibition areas of ASEAN and RCEP, focusing on the advantages and characteristics of products from the related countries.