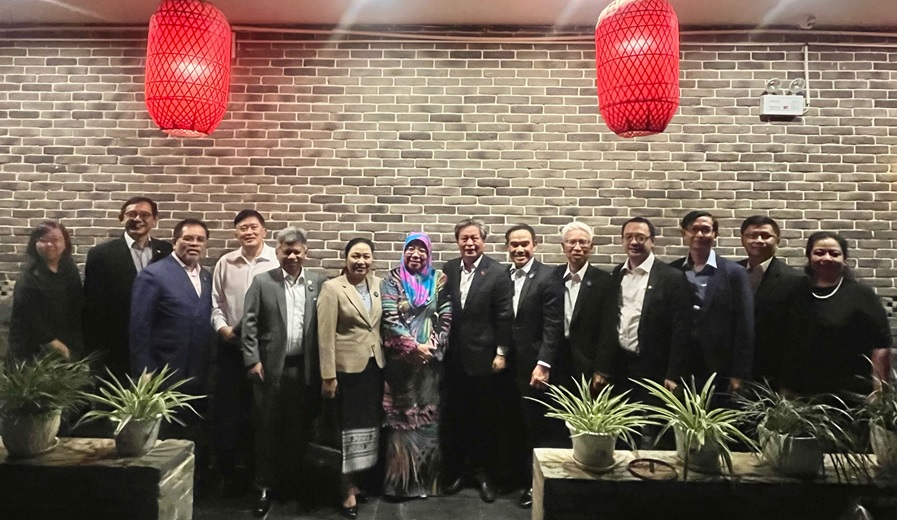 Secretary-General Chen Dehai thanked the diplomatic envoys for their care and support to ACC. He said that ASEAN-China relations are standing at a new historic starting point and the cooperation between the two sides enjoys bright prospects. As a “one-stop information and activities centre”, ACC will further implement the important consensus reached by the leaders of the two sides and work with the AMS embassies in China to continue to promote ASEAN-China practical cooperation in multiple fields and people-to-people and cultural exchanges. He hoped the diplomatic envoys will continue to take an active part in the activities held by ACC and jointly make new and even greater contribution to the development of ASEAN-China comprehensive strategic partnership.

The AMS diplomatic envoys spoke highly of the important contribution made by ACC to promoting exchanges and cooperation between ASEAN and China, and noted that they would continue to support ACC in playing an active role and would jointly push for even greater progress in ASEAN-China relations.